The Theory and Practice of Oligarchical Capitalism

, and the book within the book, is always interesting. But this semester the discussion took some turns that seem to me worth sharing.

The book by Emmanuel Goldstein, The Theory and Practice of Oligarchical Collectivism, is an intentional parody of Marx and Engels' Communist Manifesto

. It represents a plan to bring about something less like what Marx and Engels idealistically envisaged, and more like what Communism ended up looking like in Eastern Europe.

Orwell's analysis, albeit fictional, is thus nonetheless very serious. The notion that revolutions have consistently been led by the middle class rather than the lower, making appeals and promises to the masses that are never fulfilled, seems strikingly accurate. And it doesn't just apply to Communism.

When we started asking whether our own socio-economic system aims to elevate the poor, or merely to keep the poor unrealistically hopeful of the possibility of elevation, it was hard not to be cynical.

For instance, studying at university is crucial to achieving wealth in our society in most cases. The wealthy can afford education. The poor have a shot at a few scholarships, or can put themselves heavily in debt, undermining the extent to which the education they thus purchase will lead to wealth. And so is American the land of opportunity, or the land where opportunity is held out as an unrealistic promise to maintain the status quo, much as the lottery (both in the real world and in 1984) takes wealth from the masses while offering them the hope of wealth that most of them will never attain.

Isn't our society in fact an oligarchy, with the American Dream held out unrealistically as a way to keep the poor engaged in a system that rarely actually benefits them, while the wealthy really control things? Doesn't being a leader not only in the business world but even in politics require that one already have access to wealth?

Believe it or not, I wrote the above before I saw the Princeton study suggesting that the U.S. is an oligarchy. 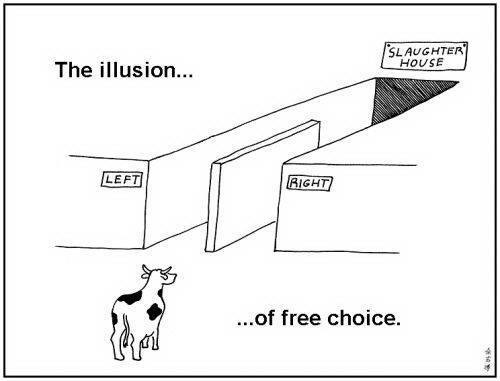 April 17, 2014 Easter War on Information Literacy
Recent Comments
11 Comments | Leave a Comment
Browse Our Archives
get the latest from
Religion Prof: The Blog of James F. McGrath
Sign up for our newsletter
POPULAR AT PATHEOS Progressive Christian
1