Jesus and the Historian’s Craft

Tim O’Neill has posted part 1 and part 2 of an online article which is getting a lot of discussion: “An Atheist Historian Examines the Evidence for Jesus.” He does a really good job not just of explaining what the positive evidence is for there having been a historical Jesus, but why mythicist counterarguments are unpersuasive, especially when examined closely and in detail.

Mark Allen Powell offered an updated survey of scholarship on the historical Jesus. Mythicists and Christian apologists get a mention towards the end. David Bailey also gave them a shout-out.

, which is about how New Testament scholars apply the same methods used in the wider discipline of history.

For those interested in what Richard Carrier has to say on this topic, he will be offering some free classes this summer. See also his attempts to spin his debate with Zeba Crook in the worst possible light for his opponent and the best possible light for himself. I shared the video of the debate here on the blog previously. See also Bruce Gerencser’s ongoing search for the real Jesus.

And finally, it was pointed out to me that it is not just Jesus who gets fake quotes attributed to him. There is an entire blog dedicated to Fake Buddha Quotes. 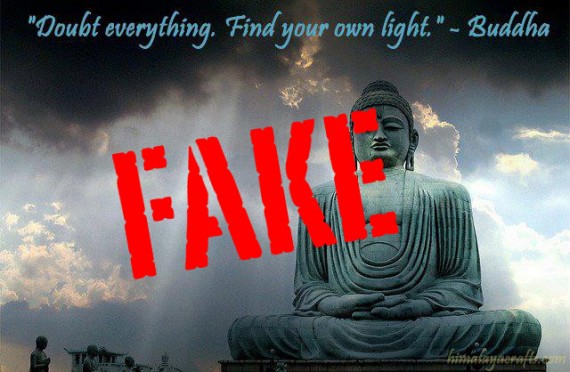 June 9, 2014 I AM - the Name of God?
Recent Comments
29 Comments | Leave a Comment
Browse Our Archives
get the latest from
Religion Prof: The Blog of James F. McGrath
Sign up for our newsletter
POPULAR AT PATHEOS Progressive Christian
1