There is a sample chapter from P. Z. Myers’ book The Happy Atheist

on the Random House website. The chapter’s title is “Prometheus’ Sin,” and it opens with these words:

Why are science and religion in conflict? Because changing ideas and new knowledge are sacrilegious. 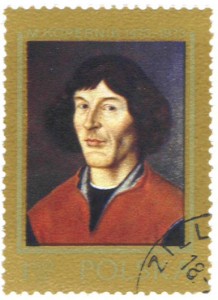 The the dichotomy that is Myers’ premise, as it is explored in the chapter, is dubious.

Columbus was also devoutly religious, and a pioneering explorer – and one who held a view of the world that we today can no longer hold, and who “cooked the books” on his calculations in order to make the case for his famous expedition.

Real life, real people, real science, and real religion are messy, with edges that blur and realities that burst the bounds of stereotypes like those held by P. Z. Myers and many other atheists of his sort.

June 6, 2014 Academic Homepage
Recent Comments
87 Comments | Leave a Comment
Browse Our Archives
get the latest from
Religion Prof: The Blog of James F. McGrath
Sign up for our newsletter
POPULAR AT PATHEOS Progressive Christian
1