The State of Marriage in the United States

The State of Marriage in the United States June 26, 2014 James F. McGrath

A federal judge struck down Indiana’s ban on same-sex marriages yesterday. Fred Clark shared this useful map illustrating the impact that this is having on traditional heterosexual marriage in the United States: 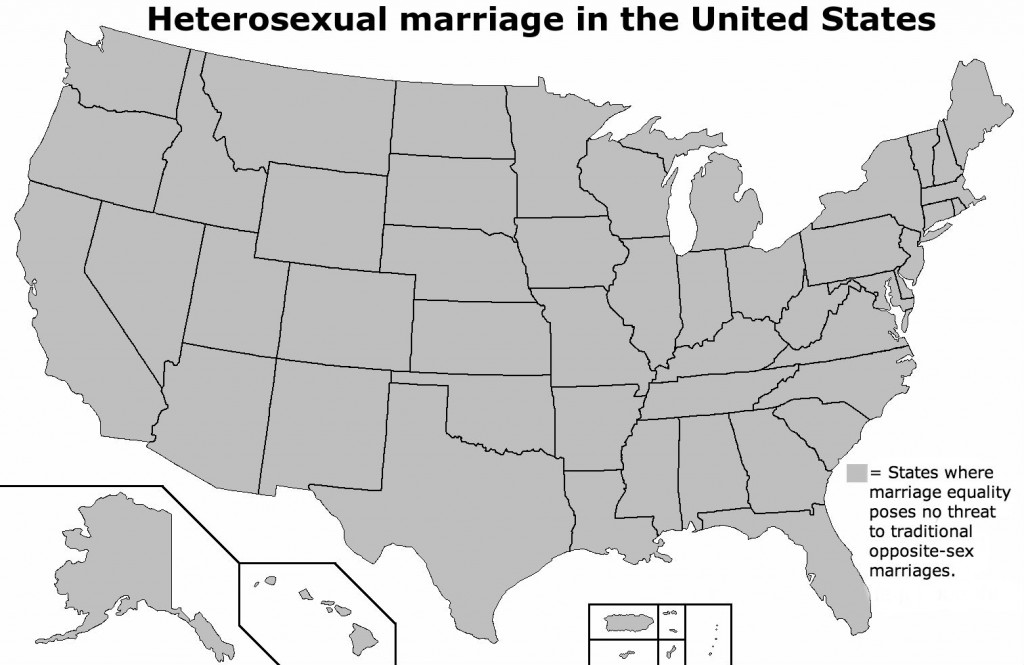 Meanwhile, Jeff Carter continued his series of Biblical limericks with one about even more traditional marriage, of a sort that is no longer legal in the United States.

June 26, 2014 AD/BC
Recent Comments
0 | Leave a Comment
Browse Our Archives
get the latest from
Religion Prof: The Blog of James F. McGrath
Sign up for our newsletter
Books by This Author Books by James F. McGrath