I spent today at GenCon, and thought I’d share some thoughts and photos.

The first thing I went to was a seminar on “Playful Learning in Role Play” led by David Simkins, a professor in the School of Interactive Games and Media at the Rochester Institute of Technology. The session had elements that were inspiring and thought provoking. Simkins offered helpful definitions of key concepts, an insightful statement of the fact that learning and play are not in fact distinct, as well as drawing on the work of Mihaly Csikszentmihalyi (whose name he pronounced correctly, no less!) on flow, which everyone will benefit from learning about, even if they are uninterested in the so-called “gamification” of education.

I must add that the seminar was in the Crowne Plaza, which is the coolest hotel I’ve ever been to. I had never been inside it before. It is connected to Union Station, and the inside of the hotel looks like this (yes, you can actually stay in rooms inside those authentic Pullman train cars!): 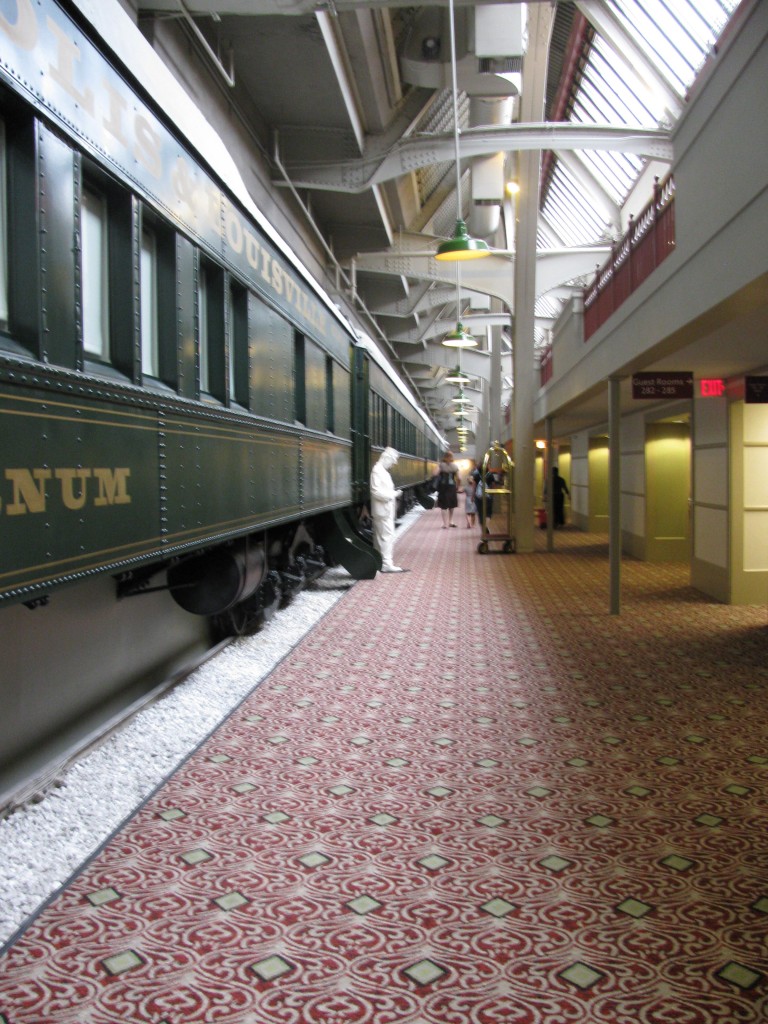 I also went to see the movie “The God Question.” I went in with fears that it might be have the heavy-handed message that some movies about religion are prone to adopt, but I found it to be anything but. The questions raised by humans and supercomputer alike were thought provoking, and I will not spoil it, but will simply recommend the movie and will say that the approach to research that the supercomputer adopts is a clever plot element, as is what happens when main character Stephen Kaplan asks a more ordinary computer about the existence of God.

I also continued my quest for games that might be useful for education in Biblical studies and other areas I teach. At Games Plus which sells used and vintage games, I learned that Avalon Hill had a game called “The SIEGE of JERUSALEM – 70 A.D.”

I bought a copy of a book I once owned in my teens from them, Deities & Demigods: Cyclopedia of Gods and Heroes from Myth and Legend (the version without Cthulhu)

from them, and a copy of GURPS Religion

from another seller. The former is particularly interesting in its omission of Israelite and Canaanite mythology. It would be interesting to compare religions for which gods are NPCs and for which God is the DM. The latter is particularly interesting inasmuch as it gives advice to those who play religious characters that many real life adherents of religions could benefit from. I’m thinking seriously not only about using role playing and other game elements in classes that I teach, but also writing about the intersection of religion and role playing games, whether for the benefit of gamers, academics interested in religion in popular culture, or both.

Those were the highlights of my Saturday, except for this – I was attacked by a weeping angel: 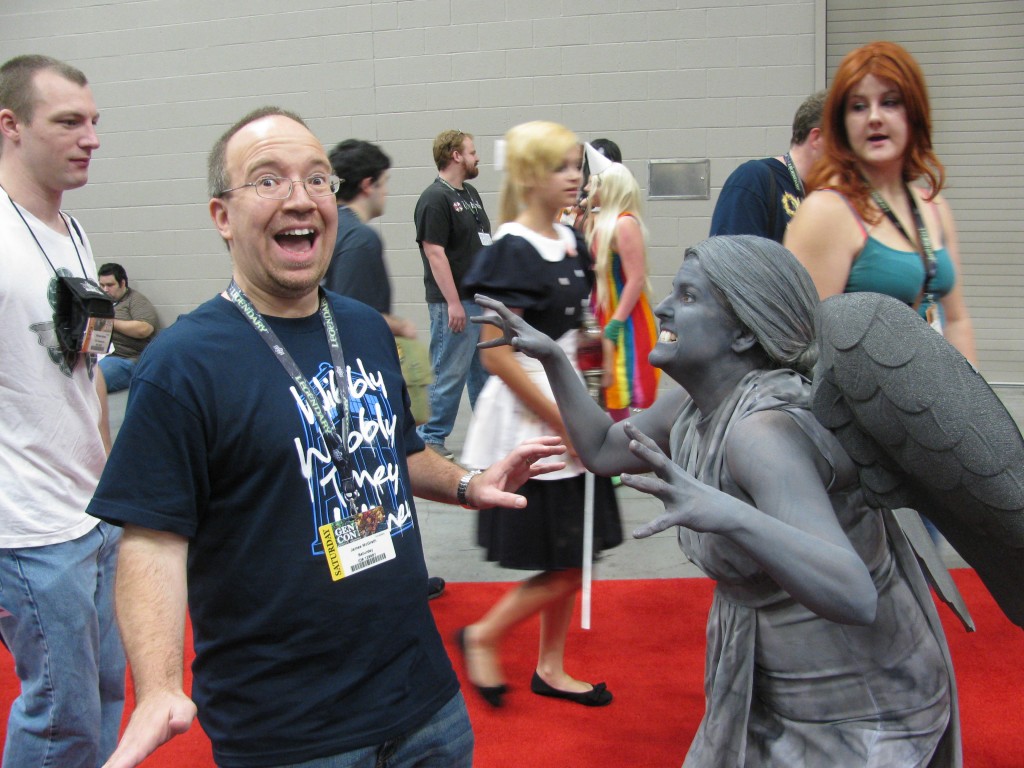 August 16, 2014 Map of the Introvert's Heart
Recent Comments
4 Comments | Leave a Comment
"Thankyou. I love this classic Asimov story."
StevoR How It Happened (Isaac Asimov)
"Might I also add a couple of things which reminded me of The Time Machine. ..."
Dalek1963 Doctor Who: Orphan 55
"The revelation has been done before--see Planet of the Apes--but it works because it's true. ..."
Melanie N. Lee Doctor Who: Orphan 55
"Thanks for finding all the little nuances, some I recognized and some I didn't."
gospelaccordingtodoctorwho Doctor Who: Orphan 55
Browse Our Archives
Follow Us!