The episode opens with a view of a planet (probably Earth) from space. It then moves to the open door of the TARDIS. Then up to the top of the TARDIS, where the Doctor is sitting in the lotus position, eyes closed, meditating. Eventually he opens his eyes and says “listen.”

That should have clued me in that this is more about an inner journey than an outward one. But the episode cleverly moves us outside ourselves and then back. 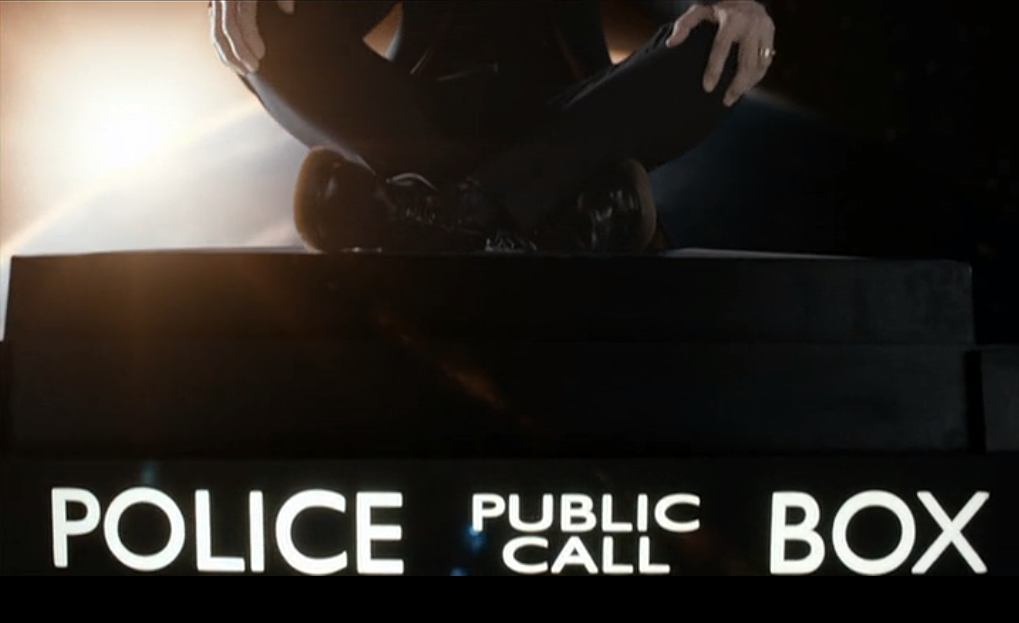 This Doctor, we learn, is going to have a distinctive mannerism, asking questions and engaging in deductions. The Doctor notes that there are perfect predators, and perfect defenses. But what if evolution developed the skill of perfect hiding – how would we know?

The Doctor decides to investigate this possibility, starting from the fact that the dream of waking up in your bed, putting your feet on the floor, and having something grab your leg seems to be universal. And so he decides to have the TARDIS take Clara to her childhood, when she had that dream, to look and see what is under her bed.

But Clara, distracted by a date with Dan Pink, when given telepathic control of the TARDIS, ends up in Dan’s childhood instead (and learns his name was Rupert, and that he dislikes it and changes it to “Dan” as in “Dan the soldier man”).

I loved when the Doctor took the man’s coffee.

Then they end up in the future, rescuing Orson Pink, probably her great great grandson, from a mishap in an attempt at time travel, when he ended up at the end of the universe, the only being alive. The Doctor thinks that perhaps then, when all our invisible companions are alone, they might be willing to be seen.

Neither attempt gives a clear answer, although both cases explore fear.

The episode was already fascinating. But then it adds something extra special.

Clara connects once again telepathically with the TARDIS to leave the place they were at the end of the universe, with the cloister bell ringing and unsettling sounds from outside.

The TARDIS ends up in a barn, and when Clara goes out, she hears a boy crying. She thinks at first it is young Rupert, then perhaps Orson. But hearing people coming, she hides under the bed, and hears the boy’s parents speaking, saying that if he is constantly crying and afraid, he won’t be able to be a soldier, never mind a time lord.

Clara realizes that she’s under the Doctor’s bed, and when he goes to get up, she instinctively grabs his leg.

In a wonderful loop, Clara turns out to have set the Doctor on this quest – but also, to have helped him conquer his fears. Just as she had heard the Doctor  tell Rupert, Clara now tells the Doctor that “fear is a superpower.” It makes you more alert, stronger, and faster. It is your constant companion, and makes companions of us all. She tells him that fear doesn’t have to make you cruel, but can make you kind.

And she knows that one day he will return to that same barn, very much afraid, and hopes he will remember these things. 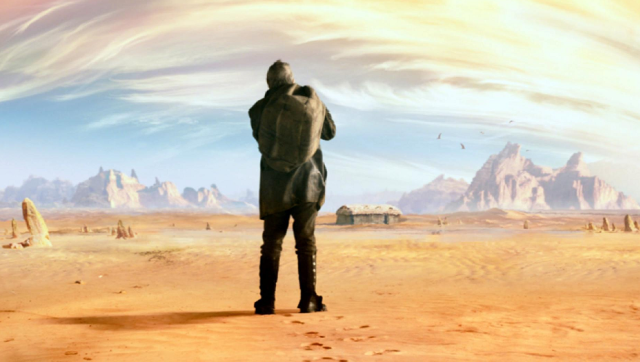 The episode is unusual in not turning the shadow glimpsed out of the corner of our eye, or the tingling on the back of our neck, clearly into an alien presence. Instead, it explores fear, recognizing that the thing under the bedspread could be another child in the children’s home, that the sound outside the spacecraft could be the result of changing hull temperature. That the disappearance of the mug of coffee could have a more mundane explanation.

It explores why we are afraid, why we look for explanations outside ourselves, and suggests that fear can be part of a healthy life if we recognize what it is and embrace it.

I absolutely loved this episode. Did you?

Does Paul "Split the Shema"?
Mike Kok blogged recently about some of my academic work on Christology...
view all Progressive Christian blogs
What Are Your Thoughts?leave a comment
Copyright 2008-2020, Patheos. All rights reserved.