I remember the powerful ending of the movie The Messenger: The Story of Joan of Arc, in which she is confronted with questions about why she interpreted the finding of a sword in a field the way she did. That it was lost in a sword fight, or even that some passerby decided to discard it at random, are options that she never considered. Interpreting it as a sign from God, other simpler possibilities were simply ignored. Here’s the clip:

Mythicism is rather similar. Its proponents don’t see what is, they see what they want to see. Having decided that the paucity of information about the life and teaching of Jesus in Paul’s letters is a sign that he didn’t think Jesus was a terrestrial figure, other possibilities are simply ignored.

I’ve mentioned before that the genre of the epistles could be an explanation. This seems particularly worth considering, since Paul gives even less detail about celestial activities of Jesus than he does about terrestrial ones.

But there are still other possibilities that mythicists ignore. What if Paul was simply a terrible communicator? Which meshes better with the other evidence we have from early Christianity? A Paul who thought Jesus was a terrestrial figure but conveyed this poorly in his letters? Or a Paul who thought Jesus was a celestial figure (and apparently conveyed this even more poorly, since he has been misunderstood by almost all his readers)? And, since either claim involves Paul being a poor communicator, does the fact that this discussion is occurring itself prove this to be the case?

There are still more options we could mention. It could be that the consensus date for the Gospel of Mark is wrong, and that Maurice Casey and James Crossley are right. Paul may have sent copies along with his letters, or known that churches already had them. This may be implausible – but is it more implausible than mythicism’s scenario?

What other options are there, which mythicism simply ignores, preferring to see in Paul what it wants to? How many more alternative explanations can you come up with?

In concluding, it must be added that mythicism isn’t merely a filling of Paul’s silences with things he doesn’t say, but a filling of Paul’s silences with things that contradict what he explicitly says. And so let me end with this quote from something that Jonathan Bernier recently said in a comment here: “It’s not an argument from silence but an argument from putting the volume on mute.” See also his post on scholarly consensus, quackery, and the spectrum in between. 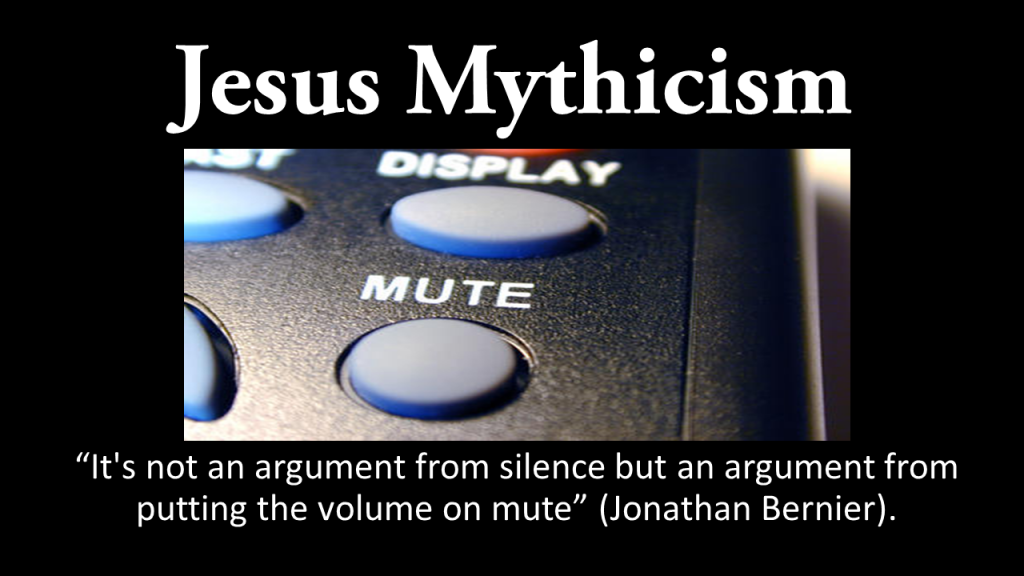 September 23, 2014
Heather Schmidt - Concerto No.3 for Piano and String Orchestra
Next Post