I was struck by these words of Michael J. Behe, quoted in a post by Larry Moran:

“Malaria is a horrendous scourge…”

Behe also treats malaria as evidence of intelligent design. And at least he is consistent, since in The Edge of Evolution: The Search for the Limits of Darwinism

“Maybe the designer isn’t all that beneficent or omnipotent. Science can’t answer questions like that. But denying design simply because it can cause terrible pain is a failure of nerve, a failure to look the universe fully in the face.”

And so the Creator that Intelligent Design offers is one who designs parasites to harm human beings.

If you are inclined to embrace Intelligent Design, be under no illusion. The God it offers you is the deliberate fashioner of horrendous scourges.

And if that is an unacceptable option to you, then don’t accept Behe’s claim that this is a failure of nerve on your part. Rather, it may indicate the opposite, that you have the courage to recognize that rejecting ID may be better theologically, as well as better scientifically. Here are some words from another biochemist who is a Christian, Sy Garte: 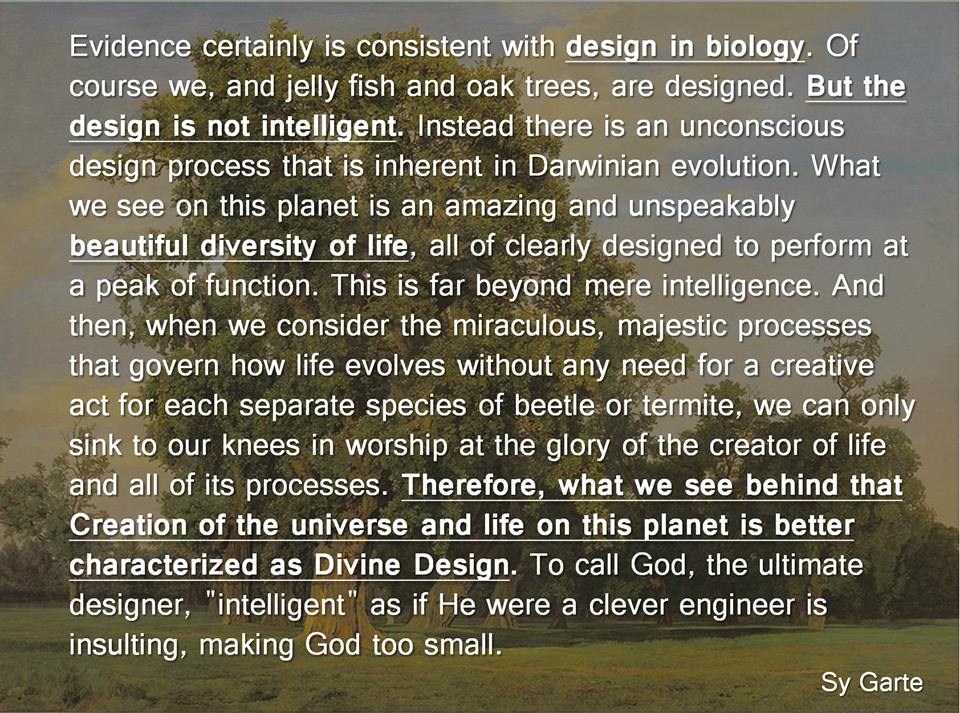 See also Bethany Sollereder’s piece on evolution and suffering in The Christian Century.