LOST Rewatch: All the Best Cowboys Have Daddy Issues

The episode features a hunt for Ethan (and his captives Claire and Charlie), with flashbacks of Jack having to deal with his father as a surgeon who drinks. Jack covers for him at first, but eventually (after learning that the woman who died as a result of his father being incapacitated was pregnant) tells the truth. Jack feels guilty for not having believed Claire when she said someone tried to attack her. Eventually, Jack and Kate find Charlie, strung up and left for dead. Jack manages to resuscitate him. Throughout this plot line, the show explores once again how who we are in the present is intertwined with who we have been, and what we’ve experienced, in the past.

There are a few details with religious themes or allusions. Kate talks about going hunting with her father and says, “Being in the woods, that was like…his religion.” Sawyer says to Sayid that he doesn’t know if “you Islams have a concept of karma.”

There are hints at things to come. Boone mentions redshirts always getting killed on Star Trek. John Locke says that sounds like a piss poor captain. Later, Kate reassures Shannon, “If there’s anyone on this island that you brother is safe with, it’s Locke.” That turns out to be rather ironic in light of what happens later.

The episode ends with the finding of the hatch. 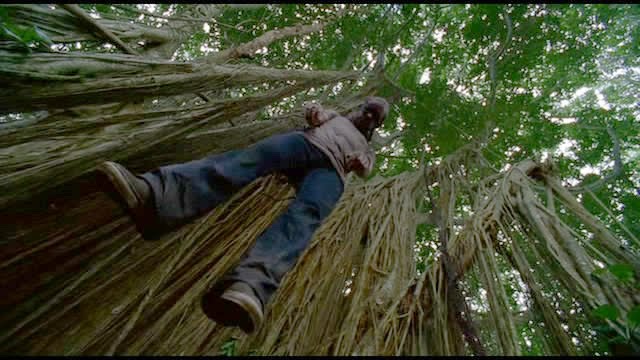