A bit of interaction on the blog between two commenters produced a helpful analogy to explain why some thinkers find the concept of God a useful one, and preferable to alternatives.

One commenter mentioned the famous image of infinite regress: “it’s turtles all the way down.”

Another suggested that, when positing a single God as explanation for the existence of the universe, one is positing a turtle that can levitate.

A levitating turtle, like a God who simply exists, is frustratingly puzzling and mysterious.

But is positing such an entity nonetheless preferable to the positing of an infinite number of things and events, each of which may be more probable, but the infinity of which seems even more puzzling, mysterious, and problematic?

That is what that many sorts of theists (in the broad sense) conclude, including not only classical theists but also Deists and others.

And so let us debate and discuss what that reality is, what it is like, what we cannot know, and why we speculate about it as we do.

But please don’t complain when some of us refer to that reality as “God.” If that term is appropriate for anything, it is appropriate here, perhaps more so than as applied to the anthropomorphic God of much popular piety. 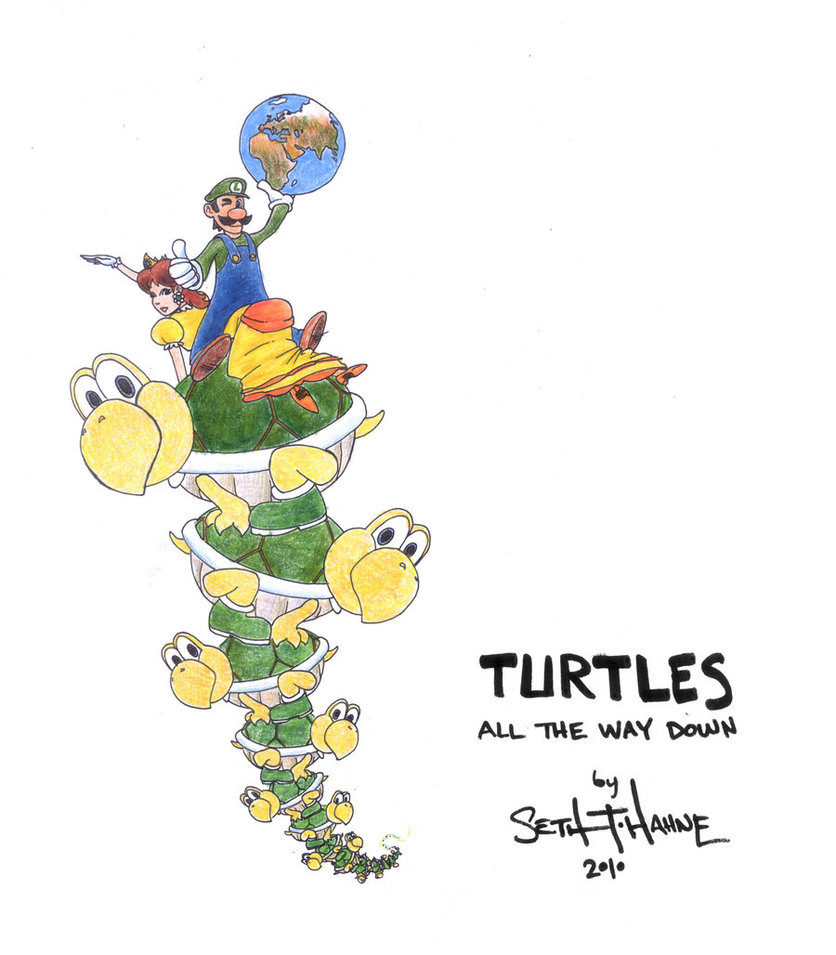 November 26, 2014
Arrogance and Ignorance are an Unpleasant Combination
Next Post