Mythicists Gain Nothing By Exaggerating

Raphael Lataster has an online article allegedly about the evidence for a historical Jesus. It is incredibly disappointing. Some of what he writes is ridiculous – as for instance when he says:

The Pauline Epistles, however, overwhelmingly support the “celestial Jesus” theory, particularly with the passage indicating that demons killed Jesus, and would not have done so if they knew who he was (see: 1 Corinthians 2:6-10).

Humans – the murderers according to the Gospels – of course would still have killed Jesus, knowing full well that his death results in their salvation, and the defeat of the evil spirits.

Much else of what he writes is oversimplified. Take for instance this example of his treatment of the criterion of embarrassment:

The criterion of embarrassment says that if a section would be embarrassing for the author, it is more likely authentic. Unfortunately, given the diverse nature of Christianity and Judaism back then (things have not changed all that much), and the anonymity of the authors, it is impossible to determine what truly would be embarrassing or counter-intuitive, let alone if that might not serve some evangelistic purpose.

His response to this criterion is simply poor reasoning on multiple levels. On the one hand, if historians have no idea whether something was embarrassing, they won’t apply this criterion. But on the other hand, we know a great deal about a great many things – such as, for instance, what the idea of a Davidic anointed one entailed. The fact that we do not have comprehensive evidence is often selectively touted by denialists as though it were an objection to what scholars do in all fields of inquiry: draw the best conclusions they can, given the evidence available, remaining open to revising conclusions should new evidence come to light.

To offer superficial and at times incomprehensible claims, and then to refer to “the atrocious methods used by mainstream Biblical historians,” does Lataster no credit.

As I mentioned in a discussion on Facebook yesterday:

[Richard] Carrier published with a publisher that publishes a fair amount of historical-critical Biblical scholarship. And so if the mythicist claim is correct that such scholarship is worthless, then so is the peer-review process that vets it, correct? I am really tired of mythicists playing these games which are exactly what we see from pseudoscientists and other pseudoscholars. The way to get out of such categories is not to do more effective editing of Wikipedia, but to actually do genuine scholarship in a consistent manner.

Mythicism cannot take a short cut to acceptance by using sleight of hand, shoddy reasoning, poor argumentation, oversimplification, or exaggeration. It may fool people with no background in history and related scholarly fields. But if you are trying to persuade the public, having resigned yourself to being unable to persuade experts, then you’ve already acknowledged defeat.

Of related interest, I had a draft post created a while back that I meant to return to, about the criteria of authenticity. And so here are some more links of interest:

Phillip Long posted about the criteria of authenticity a while back, a topic that has often come up here as well. I’m disappointed with his treatment of the criteria as a whole, as well as the explanation of what individual criteria are and do. He followed up with another post about the historical Jesus and skepticism. These posts will hopefully illustrate that the would-be skeptics in the mythicist camp are borrowing heavily from objections to the criteria that are motivated by the desire of conservative religious believers to shield Jesus from historical-critical skepticism!

Anthony Le Donne blogged about the objection that historians in other fields do not do things the way they are done in historical Jesus studies.

Jonathan Bernier blogged about probability and criteria, what the criteria cannot do, and why he doesn’t use them.

Simon Joseph has a helpful post on how criticisms of the criteria of authenticity, which recognize their limitations, should not be viewed as indicating the end of the possibility of history in general or investigation of the historical Jesus more specifically. Also of interest, see his posts on Jesus and violence and Jesus in India.

In short, there are mythicists and conservative Christians who would like to use criticisms of existing methods as justification for claiming that their problematic views are of equal value to the hard-earned if minimal results of scholarly historical critical work. But the options are to use existing methods, or to propose new ones. Noting the uncertainty inherent in historical critical scholarship doesn’t tell us anything we did not already know, and the fact that most scholarly investigation deals in probabilities does not mean that your unfounded assertions are more probable than the consensus of scholars after decades of research.

Finally, here are the covers of a forthcoming book. The list on the back cover of those interviewed is…interesting. 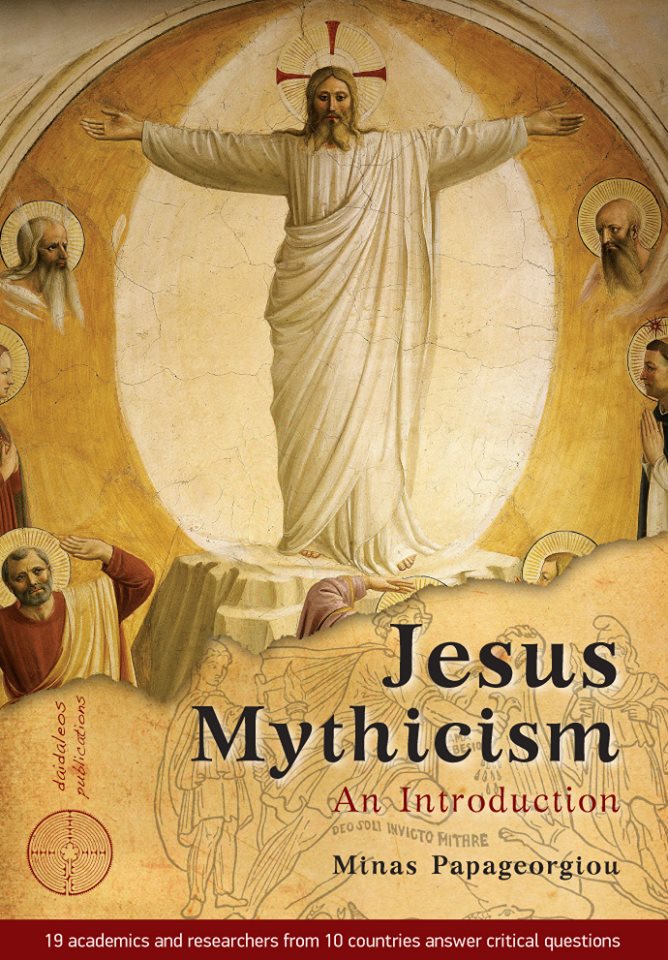 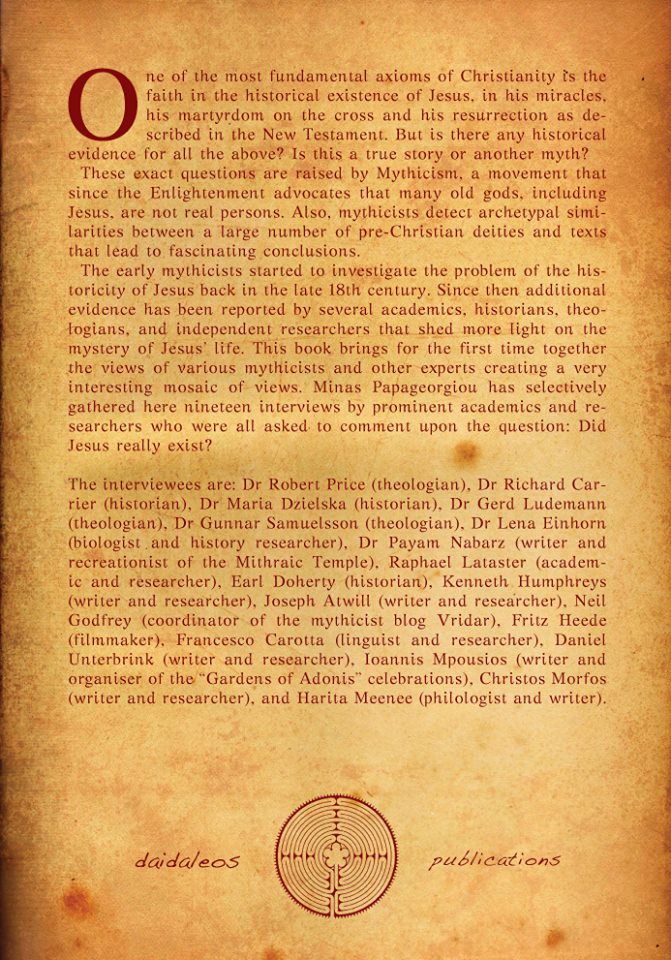 December 16, 2014 Viva La Library Remix
Recent Comments
23 Comments | Leave a Comment
"I still remember a sermon when the preacher sympathised with Thomas because he is forever ..."
Scurra QAnonsense
"I have, and thanks to your comment and a group discussion on Facebook I am ..."
James F. McGrath ChristianBooks Q&A: What Jesus Learned from ..."
""Wokeness" is a vague label like "liberal" that doesn't really say or mean anything. Putting ..."
James F. McGrath The Immorality of “Pro Life”
"You are assuming that the termination of a pregnancy at any stage whatsoever is murder, ..."
James F. McGrath The Immorality of “Pro Life”
Browse Our Archives
get the latest from
Religion Prof: The Blog of James F. McGrath
Sign up for our newsletter
POPULAR AT PATHEOS Progressive Christian
1