A news report recently quoted Pat Robertson saying that people in other countries see more miracles than Americans do because they have less education and less skepticism.

Does this mean that if, in the Exodus story, Pharoah and the Egyptians had had more education and skepticism, they could have prevented Moses’ miracles and ultimately the Exodus?

I wonder whether Robertson thinks about the implications of the things he says before he says them.

Of related interest, here’s something from cartoonist Sidan: 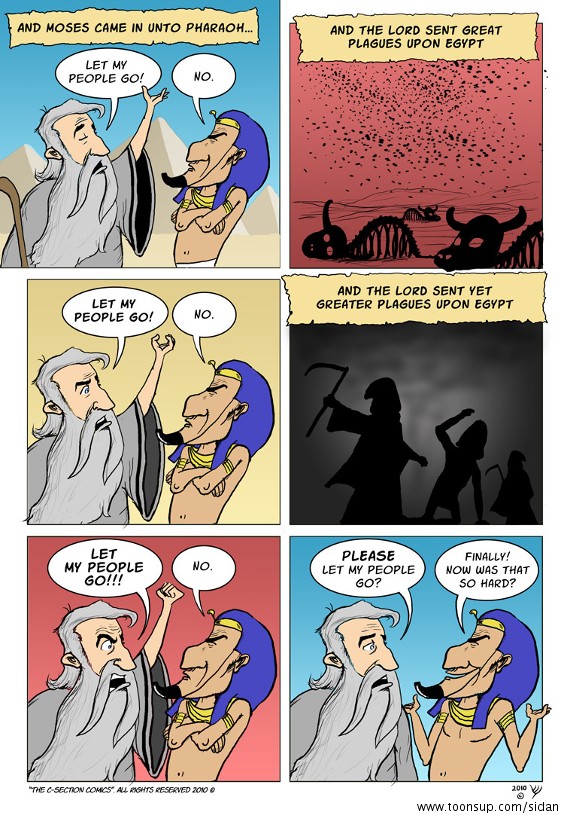 When Unity is Destructive (Part 3 of 3)
If we have to choose between unity and harm being done to...
view all Progressive Christian blogs
What Are Your Thoughts?leave a comment
Copyright 2008-2021, Patheos. All rights reserved.