The Gospel of John in a Galaxy Far Far Away

In a recent blog post, Andrew McGowan suggested that the opening lines of the Gospel of John or the Letter to the Hebrews ought, if transferred into a modern idiom, appear in the characteristic scrolling text that opened the Star Wars films.

I think it is also interesting to ask the reverse question. Fast forwarding into the distant future, can we imagine the Christian story as it is now known continuing to be told, prefaced by words like “A long time ago, in a galaxy far, far away…”?

I used the online Star Wars Crawl Creator to make the following, using the text of the New Revised Standard Version of John 1: 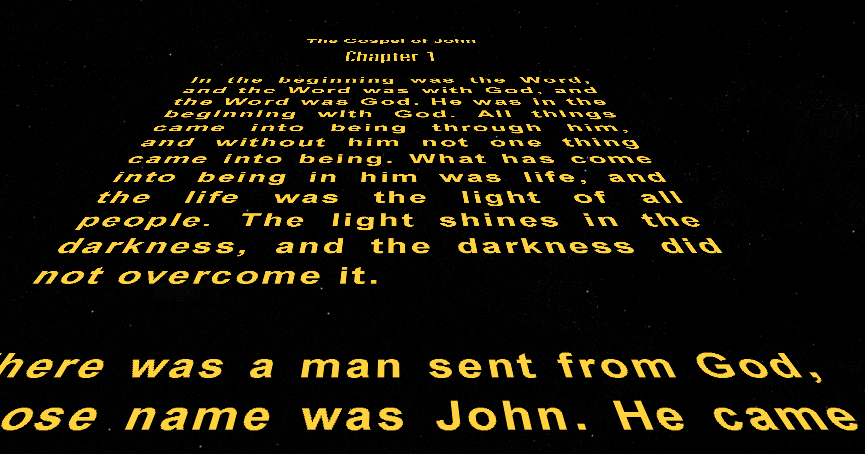