I read recently that the Butler University use of the Bulldogs for the university team name and mascot began when the Butler team – known as the “Christians” (since the school was then still affiliated with the Christian Churches Disciples of Christ) or sometimes the “Blue and White” – played a team from Franklin, the “Baptists.” The heated rivalry led to the creation of a cartoon for the student newspaper on November 21st, 1919, in which a bulldog attacks John the Baptist. Our archive librarian Sally Helton-Childs was able to get me a copy of the cartoon, and so I am sharing it here. I don’t think it has been seen my many people in the years since then, and so I consider it a privilege to be able to share it here today. 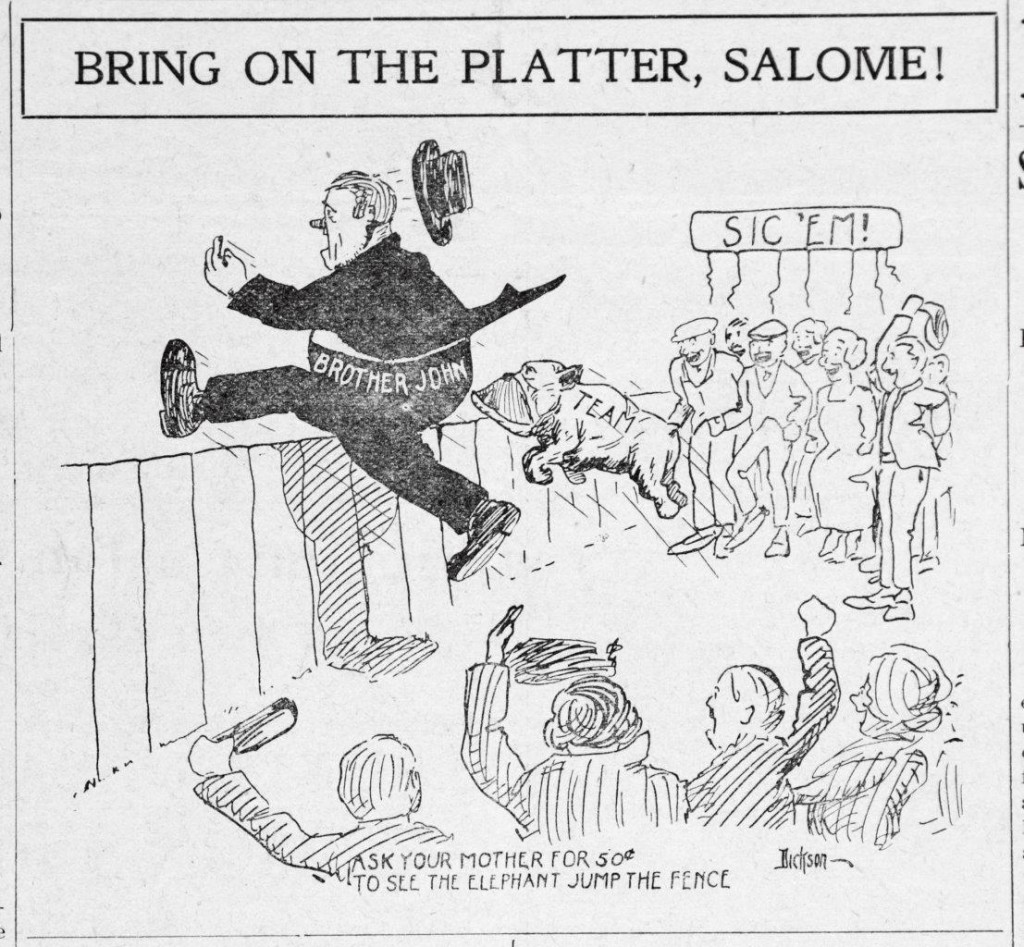 As a religion professor at Butler with a focus on Biblical studies, I was interested in the use of Biblical imagery, with the title suggesting that the Butler team was going to hand the “Baptists” their head on a platter. “Brother John,” however, looks more like a Baptist in the sense of the modern denomination, than the Baptist (who ought to have been wearing camel hair).

March 20, 2015 To the Rational Mind
Recent Comments
4 Comments | Leave a Comment
"Shiffman's quip about Gnostic synagogues seems an unreasonable response to your thesis - the earliest ..."
Mark Enoch Seminar 2020 #OriginsOfEvil2020 Day 4
"That's an interesting alternative. Personally, I have even more problem with the idea that only ..."
James F. McGrath Understanding Whiteness
"Thanks for sharing these resources! Resmaa Menakem talks about "people of culture" which feels helpful ..."
Lyndsey Understanding Whiteness
"‪Jacqueline Hill is so brilliant in this. Lexa could have been just an evil priestess ..."
Nathan Doctor Who: Meglos
Browse Our Archives
Follow Us!

Progressive Christian
Was John the Baptist a Hermit?
Religion Prof: The Blog of James F. McGrath