Gnostic Survivors: the Mandeans in their relations with Judaism, Christianity and Islam

The 20th and 21st centuries witnessed a revival of interest in the approach to religion known as Gnosticism, as well as major textual finds such as the “Gnostic Gospels” found at Nag Hammadi in Egypt. However, despite this increased interest, many people are unaware of the fact that an ancient Gnostic religion has survived down to the present day, as the living practice of a community known as the Mandaeans. Historically located in Iraq and Iran, they are increasingly found scattered in a diaspora that includes the United States. In this talk, Dr. James F. McGrath of Butler University will discuss their history, their texts, their interaction with other religious traditions with which you are probably more familiar, and the challenges to their survival that result from the intolerance they often face in their historic homelands. 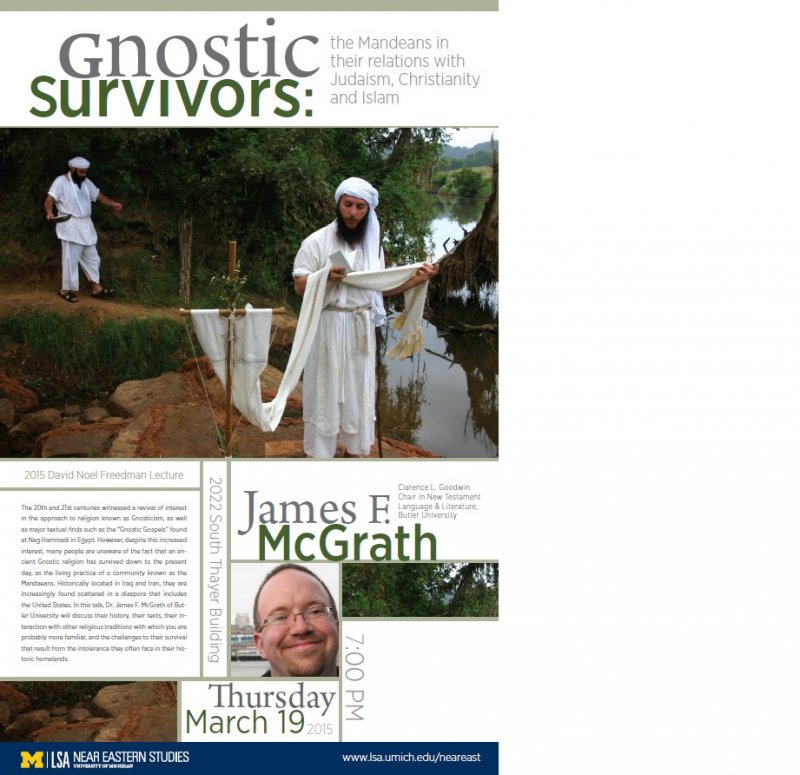 March 19, 2015 Five Misconceptions about Evolution
Recent Comments
0 | Leave a Comment
"They are done by non-religious or post-religious people in societies that have had a strong ..."
James F. McGrath Gamified Grading in a Pandemic Crisis
"All that could have been, and is, done by people not affiliated with any religion. ..."
Nixon is Lord Gamified Grading in a Pandemic Crisis
"You don’t seem to understand the core issues, and don’t seem to grasp the basics ..."
James F. McGrath Philippians 2 and the Historical Jesus
"Ok thanks for your opinion and thanks for.not answering the question, now I guess that ..."
Vladimir Romanov Philippians 2 and the Historical Jesus
Browse Our Archives
Follow Us! 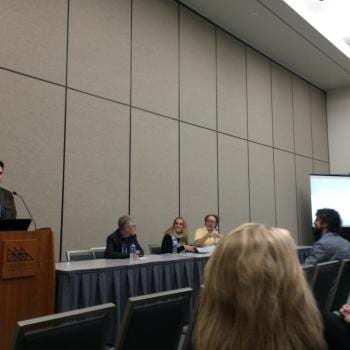