LOST: This Place Is Death

The episode begins where the previous one ended, with Sun sitting in her car, planning to kill Ben Linus. She gets a call and talks to her daughter. When she has Ben at gunpoint, Ben says that Jin is still alive and he can prove it.

In the past, we see Danielle’s team picking up the numbers broadcast. Jin will help them reach the radio tower. One of the team, Nadine, disappears, and then they hear the smoke monster. It appears, and throws Nadine’s dead body from the tree. Then it grabs another of them, pulling him unto a hole beneath the temple. They hold onto his arm but he is pulled in, leaving his arm behind. They go in after him. Jin persuades Danielle to stay behind. Then there is a flash, and then Jin is sometime in the future. The arm is still there, but it has been there for a while. He sees smoke in the distance. He folows it and finds two corpses, and then Danielle confronting Robert with a gun. He says he loves her and asks her to put the gun down. When she does, he fires at her, but the gun does not work. Then Danielle shoots him in the head.

There is another flash, and he ends up finding Sawyer and the rest of them. As Dan and Charlotte talk about whether Locke’s plan to stop the flashes will work, he talks about what makes empirical sense about the plan, but then adds that the part about bringing those who left back is “where we leave science behind.”

When the flashes happen closer together, Charlotte speaks Korean, and then warns Jin not to let em bring her back, because “this place is death.” When Sawyer asks what they will do if the Orchid station has not been built yet, Charlotte tells them to look for the well. They find the Orchid, but there is a flash and it disappears, but they find the well.

Charlotte tells Daniel that she grew up on the island, as part of the Dharma Initiative. She says she became an anthropologist to find the island again, because her mother would say that the place wasn’t real. She says that there was a crazy man who told her to leave the island and never return, or else she would die. She says she thinks that man was him. Charlotte dies.

Jin gives Locke his wedding ring, so that he can prove to Sun that Jin is dead, and not bring her back to the island. Locke descends into the well using the rope. But there is a flash, and he falls, breaking his leg. Christian Shepard appears to him, telling him that in the cabin he told Locke to move the island, and asks him when listening to Ben got him anything worthwhile. He tells her to find Eloise Hawking, that she will help him get his friends back to the island. He mentions Richard saying that he had to die. Christian says that that is why it is called sacrifice. He also says he can’t help John up. He tells him to give the wheel that is just beyond that room, and which has slipped off its axis, a little push. He tells him good luck, and adds, “Say hello to my son.”

Ben takes Sun and Jack to the church where Eloise is. Ben gives Sun the ring, saying that Locke gave it to him. She decides that she will go with him. Then Desmond shows up. The episode ends with Eloise saying “Let’s get started.”

We will later learn that Jacob’s brother can take the appearance of dead people and has been manipulating John Locke to die so that he can impersonate him as leader of Jacob’s people and get Ben to kill Jacob, something he has long wanted to do. 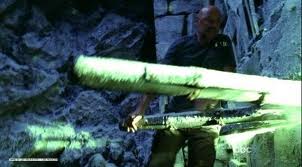 March 26, 2015 Tony Burke on Secret Mark
Recent Comments
0 | Leave a Comment
"It's worth remembering that there's absolutely no authentic and original first century originated historical evidence ..."
rationalobservations? Why Jesus was Made White
"The article is right, but let us also remember that every civilization has seen Jesus ..."
jimoppenheimer Why Jesus was Made White
"Yes, apologists love to float Plantinga’s philosophical credentials, but usually their use of him ends ..."
Beau Quilter Because of the Fall: More on ..."
"Thanks, I've heard the name of Alvin Plantinga bandied about a lot by some apologists, ..."
robrecht Because of the Fall: More on ..."
Browse Our Archives
get the latest from
Religion Prof: The Blog of James F. McGrath
Sign up for our newsletter
POPULAR AT PATHEOS Progressive Christian
1 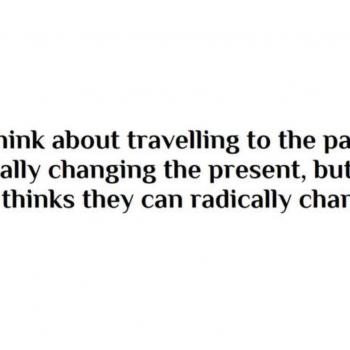 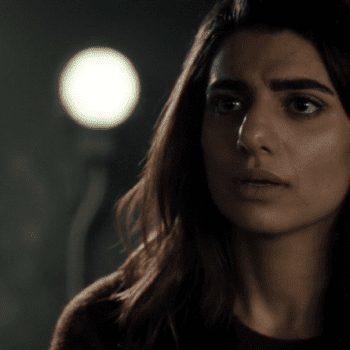