It isn't actually an attack on religion. But that is surely how it will be depicted by some, and misconstrued deliberately by others, when the ad below appears in the New York Times tomorrow, sponsored by an organization whose name says it is seeking freedom from religion. 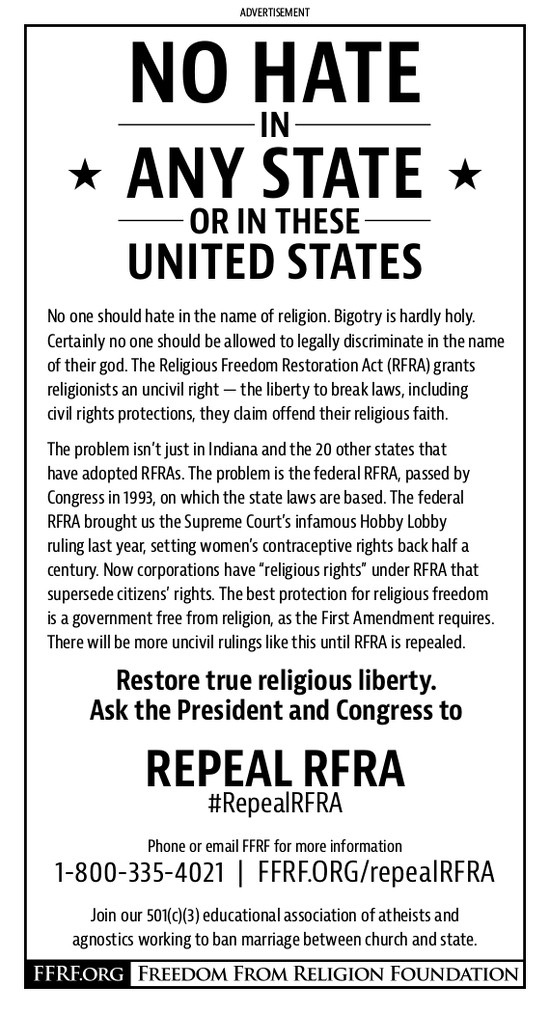 The cause of keeping religion and state separate is a religious one historically advocated by Baptists. I wonder whether an ad like this placed by Baptists, rather than atheists and agnostics, might be received differently.

What do you think? How will the name of the organization that placed the ad affect its reception when people see it in tomorrow's newspaper?