I was at Indianapolis Airport today, and noticed this banner: 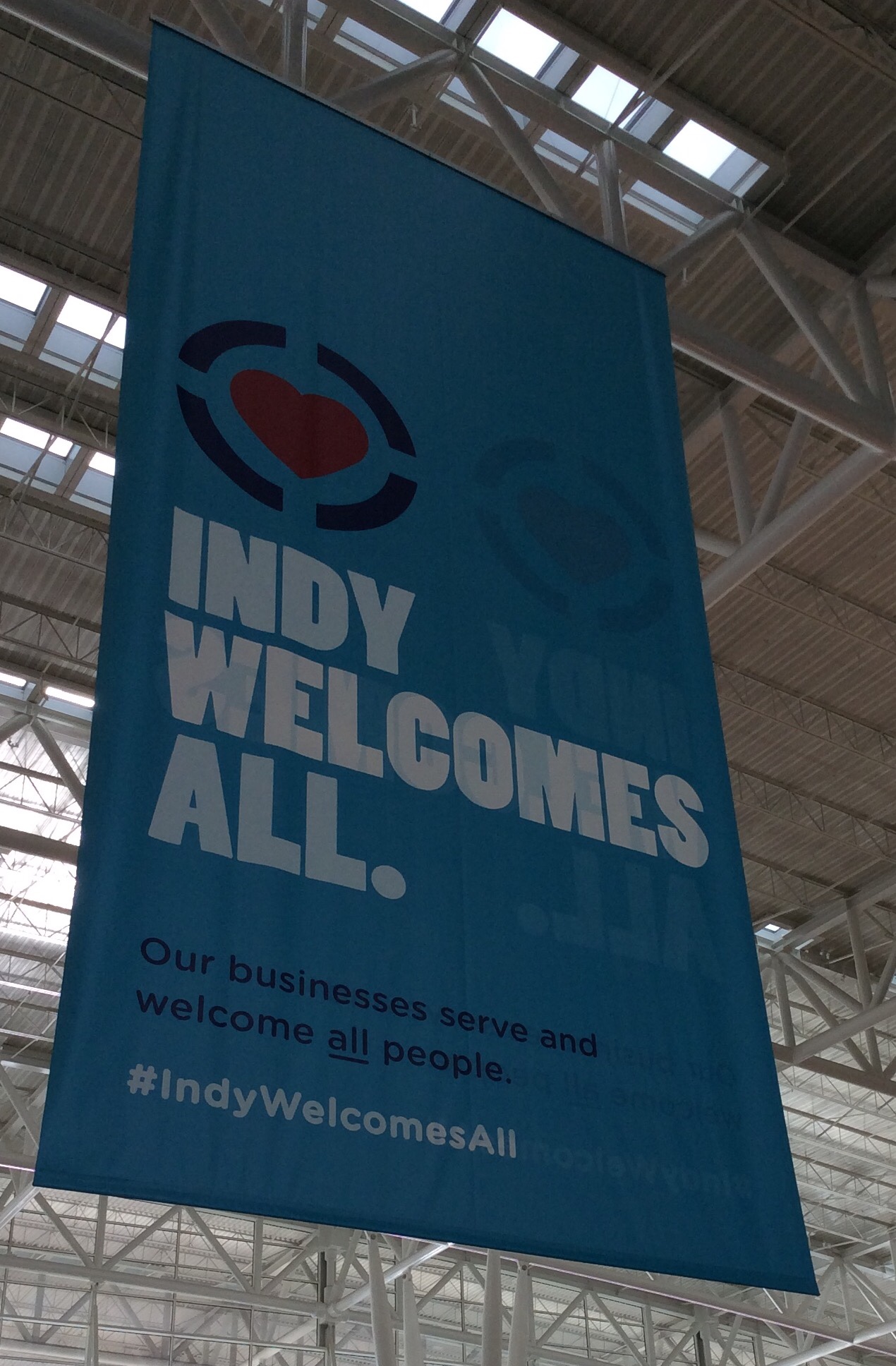 If you have ever been to Indianapolis, you will know the statement is true. Indianapolis is a very diverse city, and one which embraces and relishes that diversity.

It is characteristic of many states, and not only Indiana, that its urban areas are “blue”'and its rural ones are “red.”

The recent RFRA legislation reflected the values that predominate in rural areas of the state, and caused nearly universal dismay in Indianapolis, where LGBTQ individuals were already protected by municipal antidiscrimination laws of precisely the sort that most of the rest of the state lacks.

Indianapolis, as the urban hub, is the place where discrimination against anyone is most abhorrent, and at the same time the place most impacted by any boycotts of “Indiana.”

And so I wanted to share the image, and raise a question. How do we use economics to send a message, without hurting the innocent while those to whom the message is directed are largely unaffected?

I have seen it happen when people sought to express their frustration with Chick-fil-A a while back. It was the owner of the company that they were trying to say something to. And yet it was often the employees who suffered as the message was delivered, at times angrily and in an indiscriminate manner inappropriate for anyone protesting discrimination.

The same seems to apply to the present situation in Indiana. Indianapolis welcomes all, and yet it will be the one to suffer if Gen Con and Angie's List relocate.

How do we apply the kind of economic pressure that has been effective in protesting discrimination in the past, and make sure it is reaching not the inclusive exceptions in the state, but the prejudice that is more typical outside the urban areas?