Our Religion Requires It 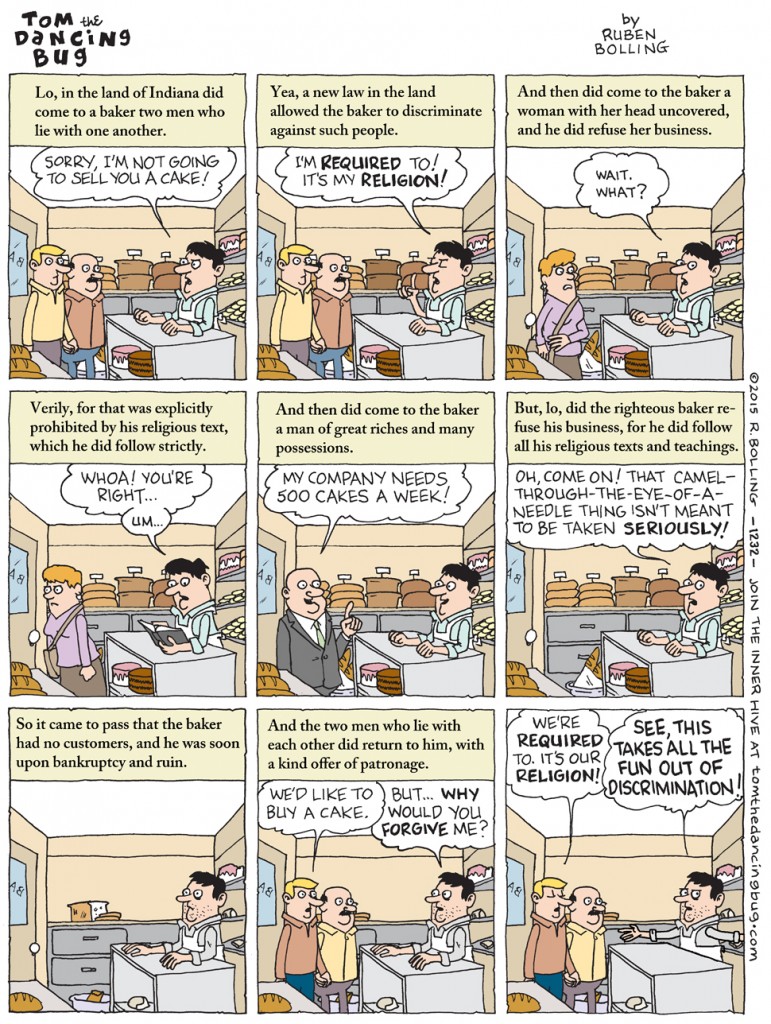 An interesting take on the legislation in Indiana. It manages to combat selective literalism and conservative picking and choosing on the one hand, while offering an example of authentic lived Christianity on the other, while at the same time challenging the false dichotomy that views gays and Christians as though they were non-overlapping circles.

Responding to discrimination as Jesus taught us to should indeed take all the fun out of it. And it can be far more effective than other ways of retaliating.

That said, the cartoon gets some things wrong. There is nothing to suggest that shopping with one's head uncovered was prohibited. The cartoonist should have had the woman try to buy jewelry.

From Tom the Dancing Bug.

April 2, 2015 LOST Rewatch: Dead is Dead
Recent Comments
23 Comments | Leave a Comment
Browse Our Archives
get the latest updates from
Religion Prof: The Blog of James F. McGrath
and the Patheos
Progressive Christian
Channel
Books by This Author Books by James F. McGrath