Proof That Obama is Satan 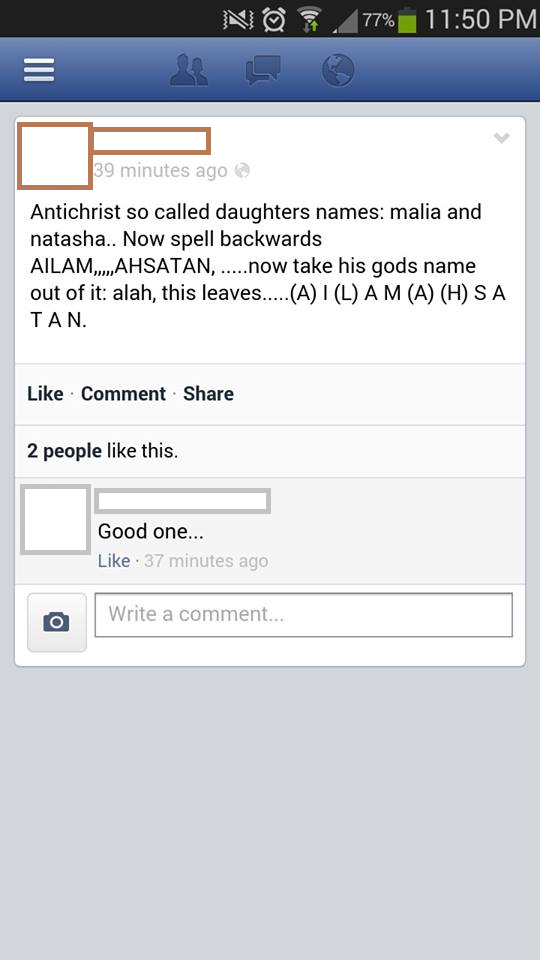 Barack Obama is nearing the end of his second term as president. Once his term is over, if not sooner, I hope that people will appropriately mock and ridicule those who confidently proclaimed that Obama is the Antichrist, by which they mean an individual who will rule the world in a final rebellion against God – a view based on a terribly misguided misreading of the Book of Revelation.

And sometimes it also involves positing that someone is a Muslim, spelling their children’s names backwards, deliberately misspelling the Arabic word for God, and then combining them in a bizarre mishmash.

One can always drop out letters, make substitutions, and in other creative ways identify anyone you want to as the Antichrist. One of my favorite examples is this one: 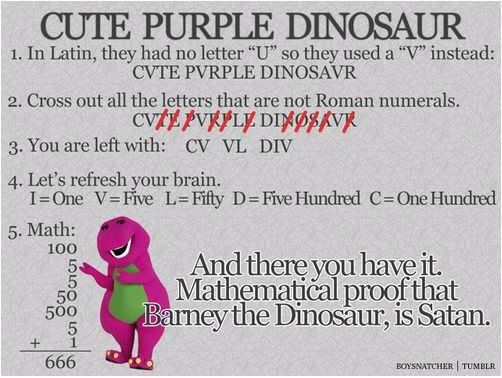 When someone offers you “proof” that President Hillary Clinton is the Antichrist, please remind them of the proof they offered that it was Barack Obama.

And then, for good measure, sing the Barney theme song to them.

April 27, 2015
A Hat Greater Than Which Cannot Be Conceived
Next Post

April 28, 2015 Perspective on Persecution
Recent Comments
17 Comments | Leave a Comment
Browse Our Archives
get the latest from
Religion Prof: The Blog of James F. McGrath
Sign up for our newsletter
POPULAR AT PATHEOS Progressive Christian
1