There are lots of examples of scare quotes being misused, as though they conveyed emphasis rather than irony.

But in an article that appeared today on the Indianapolis Star website, I am sure they are being used appropriately.

The title of the article is: “Indiana pastors to protest change in ‘religious freedom’ law.”

Let it be clear that this protest is not the work of all Indiana pastors. It is the work of an organization which is called Indiana Pastors Alliance and which seems to be entirely the work of one man named Ron Johnson. And so ironically, it seems that one man, or perhaps a small group, think that defending religious freedom means claiming to speak on behalf of the clergy of an entire state, when in fact the state in question includes not just individuals but entire denominations that disagree with you.

Religious freedom doesn’t mean expecting your voice to be the only one. It means recognizing that your own religious freedom is protected by the same laws that protect those with whom you disagree.

This image seems to grasp the point well: 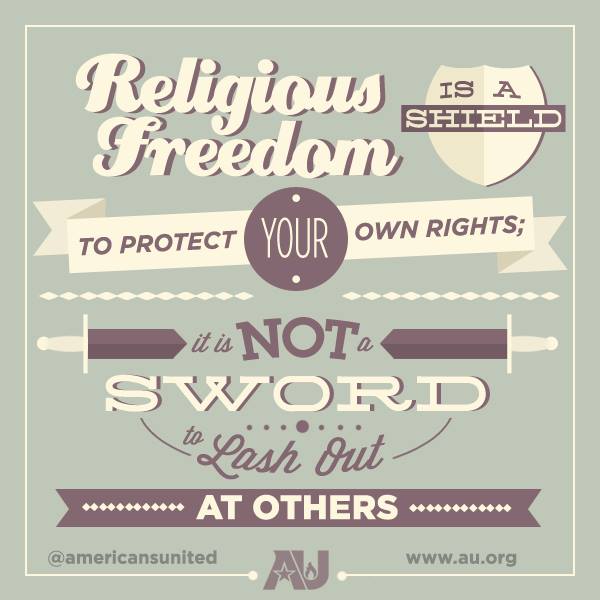 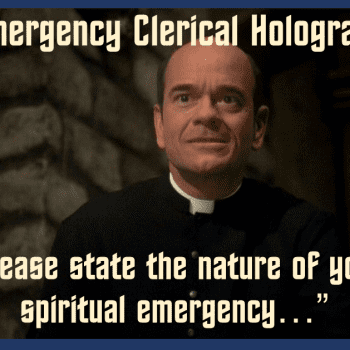