I almost opted for the alternative plural forms of both words in the title of this post – “Theoretical Cosmoi and Historical Jesi.” Just in case anyone was wondering. But I figured it was better to have the words in the title be recognizable.

I am constantly surprised when mythicists regard the number of theories about the historical Jesus as evidence that there wasn’t one. Academics are aware that numerous theories means two things: the field is a popular and highly productive one, which requires creatively exploring new ideas; and the field is one in which the evidence can be configured in more than one way, and in which there are still unanswered questions. 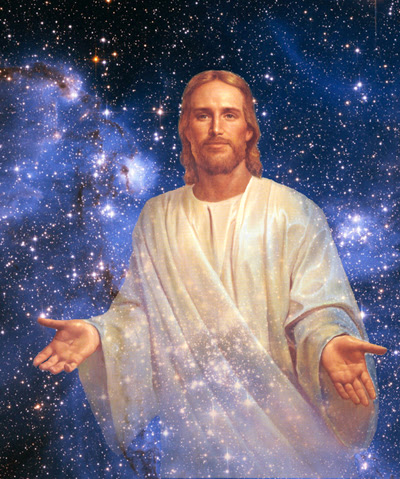 Anyone who reads in the natural sciences will have seen something similar, and the realms of theoretical physics and cosmology provide prime examples. String theories (there isn’t just one, and indeed the biggest issue with string theory is figuring out which if any of the mathematically possible universes corresponds to our own). Big bang, now with added inflation. Steady state, updated in the form of plasma cosmology. A multiverse. Branes. Multiple dimensions. There is a nice article in a 2008 issue of Discover Magazine that presents some of the models that are being explored – and a shorter article with a larger number of competing theories from a 2006 issue of New Scientist.

Some would definitely suggest that the proliferation of theoretical models of the universe shows that something is wrong with the methods being used – for instance, that beauty in equations does not serve as a reliable guide to whether a theory corresponds to reality.

In the same way, there have been scholars who have challenged the methods which allow the data regarding Jesus to be configured in so many different ways.

But if someone suggests to you that this implies his non-existence, you can be confident that they are either poorly-informed about academic work and what it entails, or are being dishonest with you.

July 8, 2015 Inspirational Bible Quote
Recent Comments
23 Comments | Leave a Comment
"Looks really good!"
Phil Ledgerwood What Jesus Learned from Women Cover ..."
"“Often wrong, never in doubt.”I’ve seen this printed on tees, needle pointed on pillows, and ..."
Tony Wilson White Supremacy, Christianity, and the Capitol ..."
"You Da man! Did exactly what u said and it took care of the problem. ..."
Jose Beiro Solving the Annoying Flashing Input Menu ..."
"It's what I tend to call a classic Irregular Verb:I am a true patriot.You are ..."
Scurra White Supremacy, Christianity, and the Capitol ..."
Browse Our Archives
get the latest from
Religion Prof: The Blog of James F. McGrath
Sign up for our newsletter
Books by This Author Books by James F. McGrath