Ronald Way recently interviewed Hershel Shanks on the Crossing the Line podcast, and Shanks gave a preview mention of something that will be appearing in coming months in Biblical Archaeology Review. He says that he gathered together some of the world’s best experts on paleography to reexamine the James ossuary, and they agreed that the inscription is authentic.

If you are interested, have a listen to the podcast. This of course has been Shanks’ stance on the artifact all along. And he may well be correct. If we finally had a proper re-examination of the ossuary, and experts agreed not just on the genuineness of the ossuary itself, but also the antiquity of the entire inscription, then there would be no real doubt that it was referring to the James, brother of Jesus, mentioned in the New Testament, since we don’t know of another James son of Joseph whose brother Jesus was so much more famous than him, that he might deserve mention on his sibling’s ossuary.

If experts were to declare this object authentic, and its inscription authentically ancient, what would you say the implications of that would be?

For earlier discussion, see the two sets of articles on the Bible and Interpretation website. 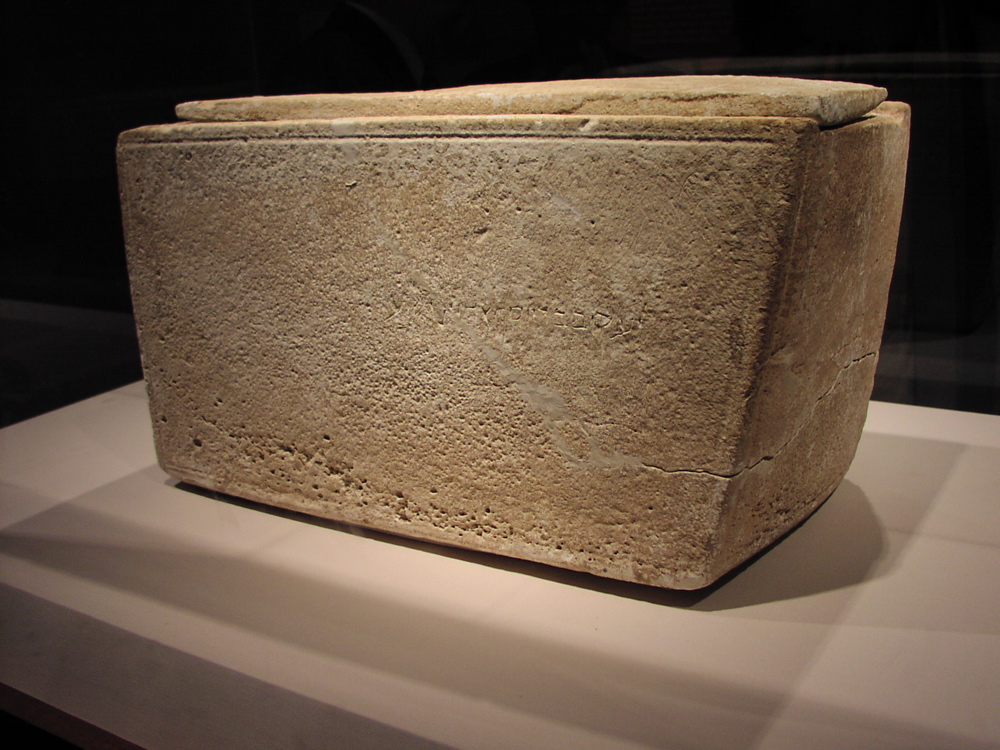 August 7, 2015 At Some Point God Stops Making Sense
Recent Comments
25 Comments | Leave a Comment
"Under the old covenant (ten commandments), people were (and still are) racists and sexists. For ..."
Herrnhut Was Jesus a Racist?
"Reconciliation is a two-way street, restoring a broken relationship between two people. God does indeed ..."
Iain Lovejoy Forgive Us Our Debts, Not Repay ..."
"Excellent. God is not, and does not want to be, an accountant; keeping a ledger ..."
Harvey James Johnson Forgive Us Our Debts, Not Repay ..."
"Don't confuse forgiveness with reconciliation. Jesus tells us to forgive people who sin against us, ..."
Derek Thompson Forgive Us Our Debts, Not Repay ..."
Browse Our Archives
get the latest updates from
Religion Prof: The Blog of James F. McGrath
and the Patheos
Progressive Christian
Channel
POPULAR AT PATHEOS Progressive Christian
1