The Tower of Bible

Now the whole world had one language and a common speech. As people moved southward, they found papyrus in Egypt and settled there.

They said to each other, “Come, let’s make paper sheets, and bind them into scrolls and books.” They used paper instead of stone, and charcoal for ink. Then they said, “Come, let us write ourselves a book, with a theology that reaches to the heavens, so that we may make a religion for ourselves; otherwise we will be scattered over the face of the whole earth.”

But the Lord came down to see the book which the people were writing. The Lord said, “If as one people speaking the same language they have begun to do this, then nothing they plan to do will be impossible for them. Come, let us go down and confuse their interpretations, so they will not agree with each other.” 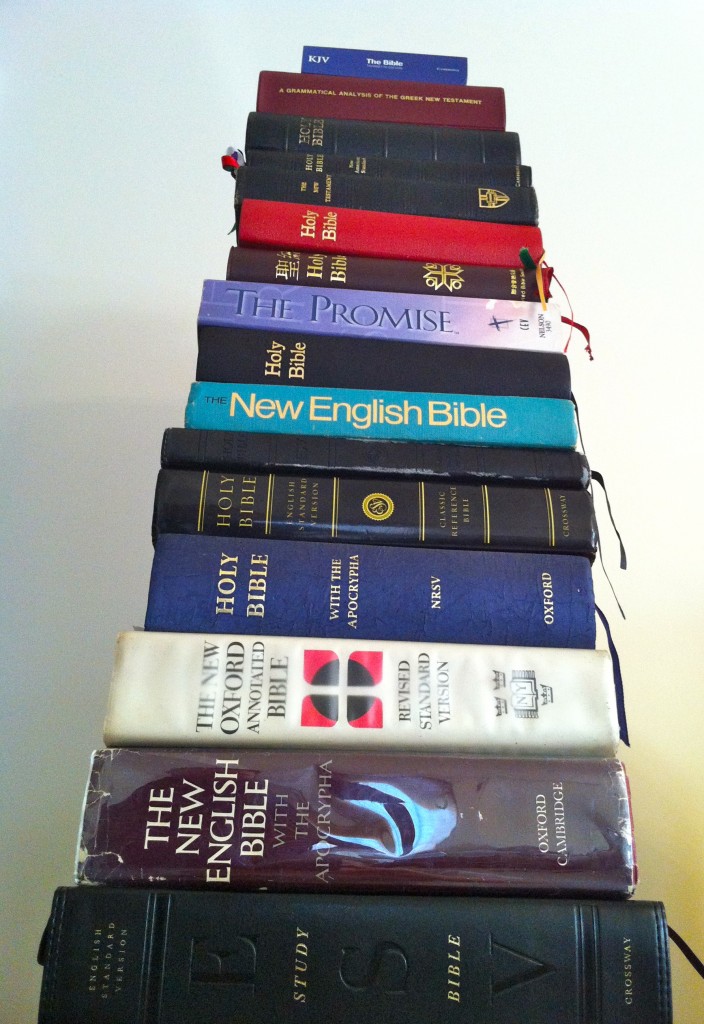