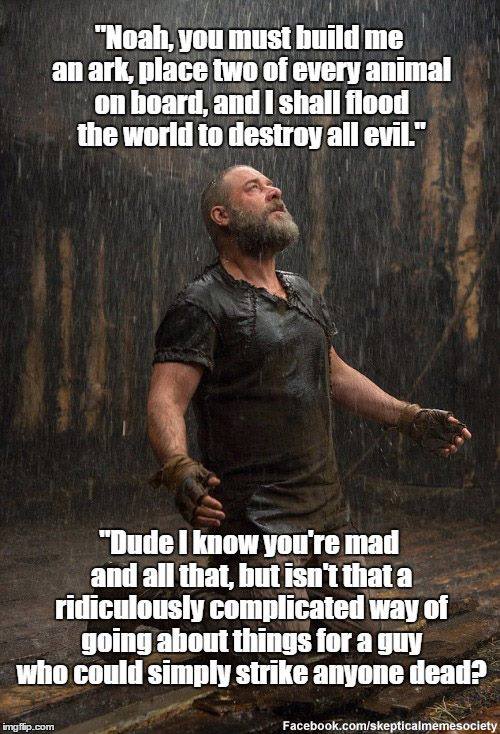 Presumably there is a logical explanation for this, although it is one that is often overlooked by religious believers. The Biblical authors didn’t think of God as omnipotent. They had eliminated other gods by rolling them all into one. But God was still one who acted through flood and storm, earthquake and lightning, plague and famine. The development of the idea of God as one who can simply strike everyone dead still lay in the future.

But do you agree that, from the perspective of our time and contemporary views of God, the Noah story does indeed seem to be ridiculously complicated?

September 21, 2015 What Would It Take To Get You To Read Richard Carrier's Book?
Recent Comments
74 Comments | Leave a Comment
Browse Our Archives
get the latest updates from
Religion Prof: The Blog of James F. McGrath
and the Patheos
Progressive Christian
Channel
Books by This Author Books by James F. McGrath