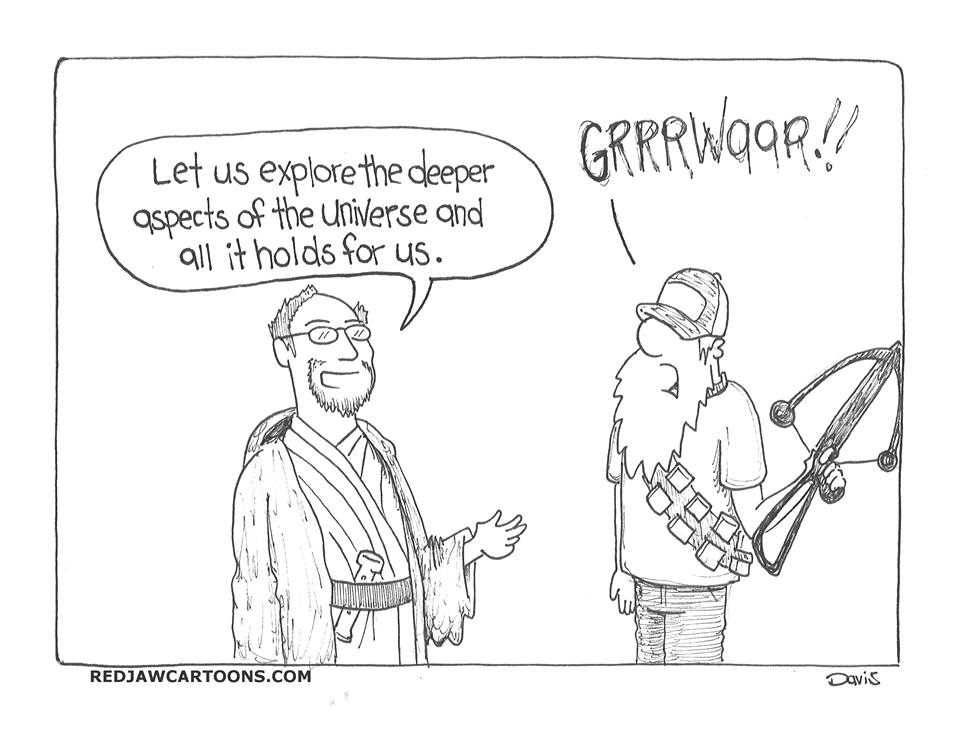 Tim “Spike” Davis and I have been having an interesting conversation about guns and other matters about which we don’t see eye to eye. I feel honored that, despite our differences, Spike nonetheless felt I was worthy of being depicted in cartoon form, that in doing so he did not simply render me as Emperor Palpatine (although I do sound a bit like him), and perhaps most of all that he did not simply shoot me with his Wookiee crossbow! 🙂

October 15, 2015 Blogging Temples (and Jim Davila the Prophet)
Recent Comments
1 Comment | Leave a Comment
"Of note, Kautsky was not a mythicist. He regarded Jesus as a historical revolutionary type ..."
Chris H Cercetări în Istoria Propagandei Comuniste despre ..."
"Unfortunately my Romanian is sloppy and I haven't been able to come across much. The ..."
Chris H Cercetări în Istoria Propagandei Comuniste despre ..."
"I'm guessing that autocorrect has been at work here. You need to write about Cybermen ..."
James F. McGrath Doctor Who: Ascension of the Cybermen
"good grief. How can video games be both the opiate of the masses and at ..."
Tom Hanson Heroes of the Bible
Browse Our Archives
Follow Us!