Doctor Who: The Woman Who Lived

The title of the episode “The Woman Who Lived” is noteworthy in the way it not only indicates that this is a sequel to last week’s “The Girl Who Died,” but also the things it hints about Ashildr’s life after the Doctor used an alien repair kit to save her life – rendering her effectively immortal in the process. It was a girl that died, and whom the Doctor brought back to life. The title thus suggests that, although she cannot age any longer, her life will not be static.

As we find out about Ashildr’s life since the previous episode, the show deals with an issue that many ignore when thinking about immortality. Ashildr has discovered what it means to have “infinite life and a normal-sized memory.” She keeps journals because she cannot remember all of her past. She remembers the Doctor, who saved her life, but not that her name used to be Ashildr, nor the village where she grew up and which she once loved. The question of what it means to be the same person as one was in the past is a serious philosophical issue, and Ashildr’s decision to simply call herself “Me” highlights this. When religions envisage life everlasting, they typically depict the entities that persist forever as the same ones who lived on Earth, yet do not deal with the limited memory and/or continuity problems created by such scenarios.

We learn that Ashildr had children who died during the Black Death. While she had ripped out other pages with painful memories from her journals, she kept the pages about the death of her children, to remind her not to have any more.

And so, perhaps unsurprisingly, Ashildr seems in many ways to be quite a different person. Indeed, this should not surprise us, on a show focused on a being who has lived even longer than Ashildr and has changed immensely during that time.

There are a lot of great lines from Ashildr, who wants the Doctor to take her with him, and accuses him of having caused her painful situation. “I have waited longer than I should even have lived. I have lost more than I can even remember…I deserve more than this.” “Do you ever think or care what happens when you fly away? I live in the world you leave behind.” “You didn’t save my life, Doctor. You trapped me inside it.”

But the Doctor has some great responses. This one in particular seems worth quoting: “People like us go on too long. We forget what matters. The last thing we need is each other. We need the mayflies.” And so the Doctor has a good reason for not wanting to travel with another near-immortal being like himself. And the episode ends with Clara’s excitement, and the look of appreciation for it on the Doctor’s face.

The show has a number of bits of religious language and symbolism – in addition to the overarching theme of immortality. Near the beginning of the episode, Ashildr (when robbing a stagecoach) refers to herself as “Satan’s sidekick.” The alien artifact that the Doctor and Ashildr (as well as an alien who is from Delta Leonis) are looking for resembles the “Eye of Hades” (and uses the death of a person to open a portal to elsewhere, in a manner reminiscent of The Golden Compass. Ashildr refers to herself as becoming the patron saint of the Doctor’s leftovers, as she can devote herself to picking up the pieces that he inevitably leaves behind on his visits to Earth. And finally, in saying “there is nowhere new under the sun,” there seems to be a deliberate echo of Ecclesiastes.

The reference to all the things that one can do when one has endless time is also fascinating. Ashildr suggests that it takes 10,000 hours to master a skill, and 100,000 to become the best who ever lived. Most of us could at least make an attempt at that in one area. It would take a longer lifespan to do it in multiple areas. The very brief exploration of this topic is reminiscent in some ways of the movie Groundhog Day, and what we find it worthwhile to do when we have time that seems to go on forever, day after day.

On the whole, I found this episode a thoroughly satisfying one, exploring deep questions in interesting ways while also managing to be humorous and exciting as well. What did you think of it? 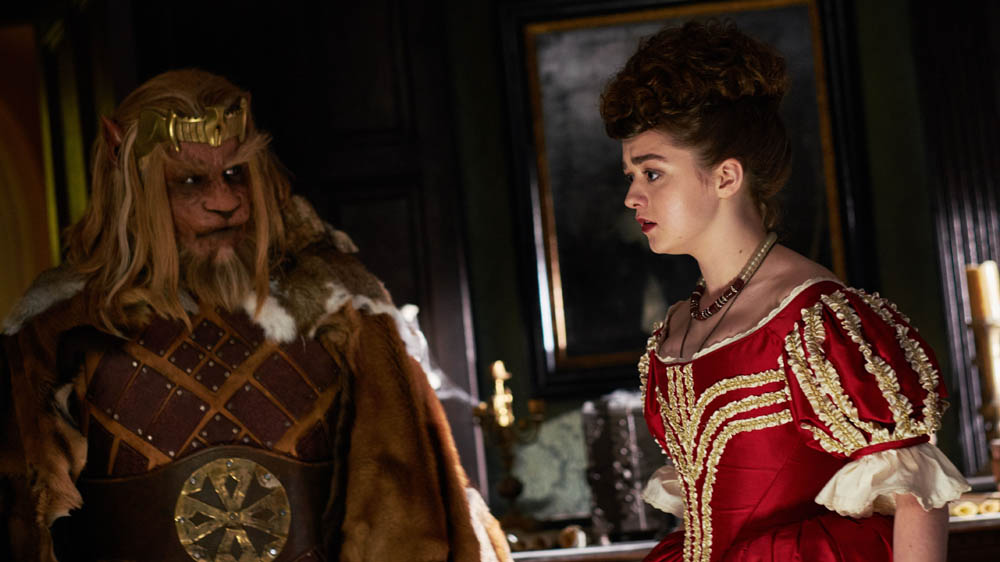 October 24, 2015
Fundamentalism is a Lack of Self-Awareness
Next Post