The first paper in the TELA session on the theme “Bordering Others: Examining Religious Community in Eastern Late Antiquity” was by Jennifer Hart and focused in using orthopraxy to define “true” Mandaeism. She began with a quote from the work The Thousand and Twelve Questions, which is focused on ritual error and what to do when it occurs. There are forty references to ritual gaffes in the first fifty pages. Errors are referred to as “blows” and dealing with them is referred to as “healings.” Rituals are understood to be actions commanded by the lightworld. A true Mandaean is thus not one who does ritual, but one who does ritual correctly. The errors mentioned range from a slip of the tongue when pronouncing words to a priest or potulant drowning during a baptism. Categories include (1) performance errors; (2) bodily errors (could be called “errors of emission” but also includes the retroactive invalidation of previous rituals if a priest is mutilated); (3) errors of impurity; (4) errors of natural disaster; (5) sartorial failings/errors of clothing. Hart asks why Mandaean literature includes a text so fixated on this subject. She notes the text's condemnation of others who teach or carry out rites incorrectly. This expresses concern for telling the difference between who is and is not a Mandaean.

Scott McDonough talked about the conversion of Armenia to Christianity. Few sites related to Armenian “paganism” have been studied as they need to be, if at all. And so most discussion of “pagan” shrines has to focus on texts. An inscription at Garni shows connection to the royal cult. Agat'angelos refers to the elimination of pagan shrines in terms of ritual cleansing. There was nonetheless significant continuity between earlier shrines and new Christian ones, as well as the functionaries who served them. The unity of blod, land, and spiritual power reflected continuity between pre-Christian and Christian.

Sara Ronis spoke about “Seeing the Other in Sasanian Babylonia,” looking at how Jews and Zoroastrians interacted in that context, particularly over the practice of next of kin marriage. Leviticus 18 prohibits such marriages. Mishnah Makkot 3:1 addresses the topic. Zoroastrian texts, by contrast, say that next of kin marriage was practiced by the gods and one of the most positive practices that can be engaged in (see Dadestan I Denig 77:4-7; Denkard 5.18.3). B. Sanhedrin 58b shows knowledge of the Zoroastrian tradition and practice, viewing it as prohibited to Jews but not non-Jews. This doesn't come up in Palestinian rabbinic literature – compare Ecclesiastes Rabbah 1:8 and b. Avodah Zarah 17a. Zoroastrians in turn show awareness that what they esteem so highly is unusual in human societies, and more specifically that Jews rejected the practice. Why do Medieval Zoroastrian texts focus on Jews but not Muslims, who had the same prohibition? It allowed for recollection of an earlier age when they were the dominant power over against others.

Christina Grobmeier spoke about Aramaic curse bowls and the Suba cave inscriptions. The bowls are cryptic. Nearly everything about them is contested: their use, significance, and the ethnicity of those who produced them. The bowls are not found in Palestine. The so-called “Cave of John the Baptist” is a focus of similar debate. The two appear to share common features. The cave was originally created in the 8th century BCE as part of a reservoir system. It ceased to be so used around the second century BCE. Later, it was occupied, and came to contain fragments of Roman-era pottery. The clean-shaven figure suggests to Gibson that the depiction is Byzantine. Bowl 9 is distinctive in the characteristics of the spell. The figures in the cave and on the bowl share placement of ears, cap on an oversized head, and other features. Is the connection in the eye of the beholder or do they tell us about ancient Jewish magic.

The final paper by Todd Godwin focused on the use of Tajik (Daqing) in Chinese sources and what it tells us about the Islamicization of Central Asia. He began with a pitch to the scholars present, representing fields that deal in multiple languages, to learn Chinese. There are debates about the meaning of the term Daqing, which comes from “da” meaning “big” and “qin” which was an ancient dynasty's name (from which the name “China” comes, mediated through Sogdian). Godwin's realization about the meaning of the term came about in the context of discussion on the Central Asia Yahoo! discussion group. The Turfan Manichaean Sogdian text M339 includes “A Song in the Tajik Style.” The term refers to Persians in Central Asia, by this time mostly Muslims. The Xi'an Stele (Church of the East) mentions a donor Jazbozedh (yaz-dan buxt) meaning “one saved by God.” It features Sasanian Persian-derived lions, which also become a theme in Tibetan art. While it is sometimes said that Daqin is an ethnonym, but in the New Tang Record (compiled in 1060) it denotes a place. The Old Tang Record refers to Tajik Magians (daqin muhu). See also the 7th century Stone Pillar of Persian Prince Aluohan. The Old Tang Record also mentions lords of “Little Daqin” and “Big Daqin,” mentioning a name found on the Church of the East stele. Godwin's conclusion is that the term did not simply mean “Persian-speaking Muslims.” 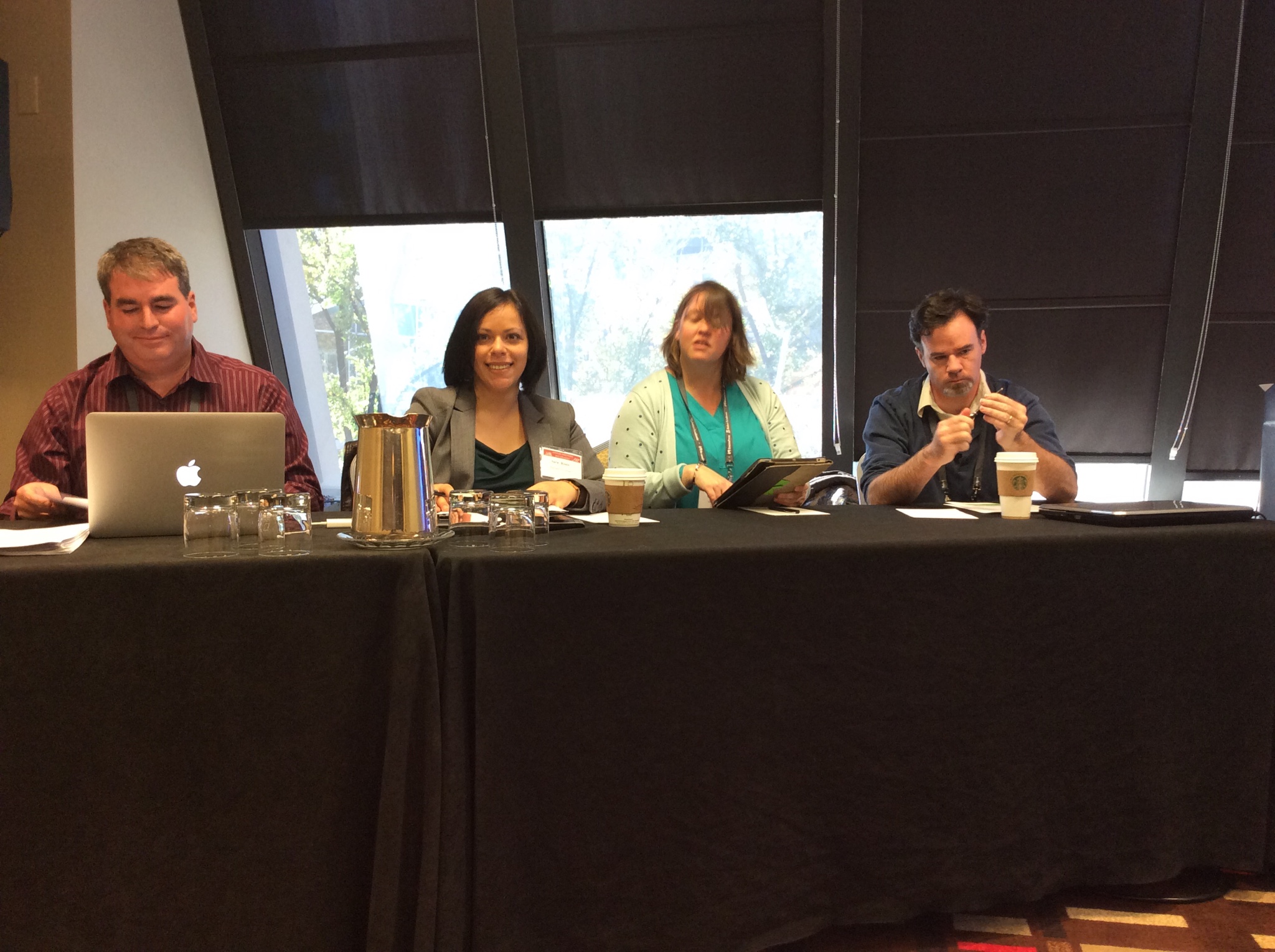 November 22, 2015 The #AARSBL15 Bloggers Dinner
Recent Comments
0 | Leave a Comment
Browse Our Archives
get the latest from
Religion Prof: The Blog of James F. McGrath
Sign up for our newsletter
POPULAR AT PATHEOS Progressive Christian
1