I Hope Every Class Makes You Uncomfortable

I’ve been waiting for the start of classes to return to a post on another Patheos blog from some months ago. It was a response to a student who asked whether a particular class was going to challenge their faith and make them uncomfortable.

My answer to that question would be much shorter than the one provided by Whitney Cox in that post. Here it is:

I sincerely hope so.

Let me elaborate. No one is obligated to change their mind about a topic in one of my classes. But they are expected to show that they have understood if, when, and why the evidence and the weight of scholarship favors a view different than their own.

If, at the end of the class, your personal view is the same one you held at the start of the class, I hope that you will hold it as a conclusion, rather than an assumption. If you have never really considered alternatives to a viewpoint, then you can’t really say that you believe it, because you are accepting it on the basis of the authority of others, whether those authorities be parents, ministers, or anyone else.

If my classes don’t present you with new information, which challenges you to learn and grow, then what was the point of taking it? And if your understanding doesn’t grow and develop over time, isn’t it likely to be superficial?

And why would you want to cling to a viewpoint for the rest of your life that you are already afraid cannot withstand careful scrutiny? Isn’t it better to dare to investigate what you think you know and believe, and either find it confirmed, or change your mind, rather than to live the rest of your life in fear and anxiety? 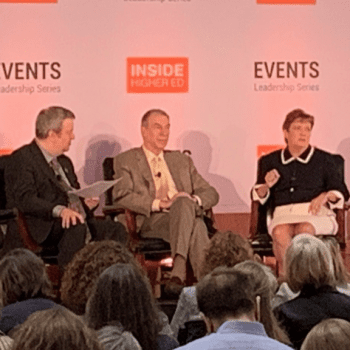