Blame Religion for Its Own Defeats

Blame Religion for Its Own Defeats February 13, 2016 James F. McGrath 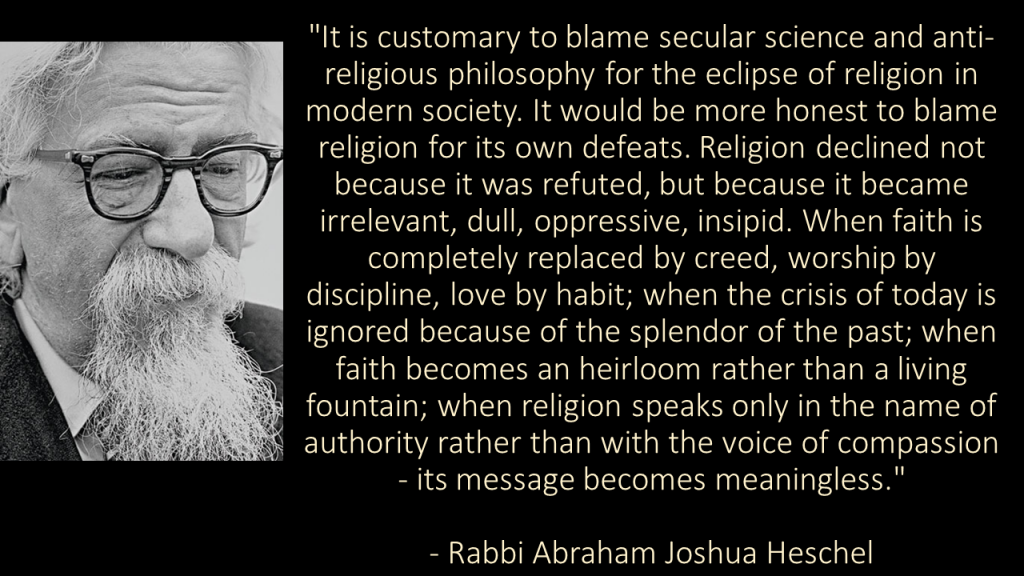 “It is customary to blame secular science and anti-religious philosophy for the eclipse of religion in modern society. It would be more honest to blame religion for its own defeats. Religion declined not because it was refuted, but because it became irrelevant, dull, oppressive, insipid. When faith is completely replaced by creed, worship by discipline, love by habit; when the crisis of today is ignored because of the splendor of the past; when faith becomes an heirloom rather than a living fountain; when religion speaks only in the name of authority rather than with the voice of compassion – its message becomes meaningless.”- Rabbi Abraham Joshua Heschel

The quote was circulating on social media recently, and so I thought it should be turned into a meme. I made the one above and scheduled the post. Then yesterday I saw that Christians Tired of Being Misrepresented had made their own meme with (a truncated version of) the quote. And so I am including that one too, below. I am glad Heschel's words are getting this much attention just in time for Evolution Weekend, for which they seem especially appropriate.

See also Jim Kidder's post on the attempt of the Discovery Institute to do precisely what Heschel criticizes. 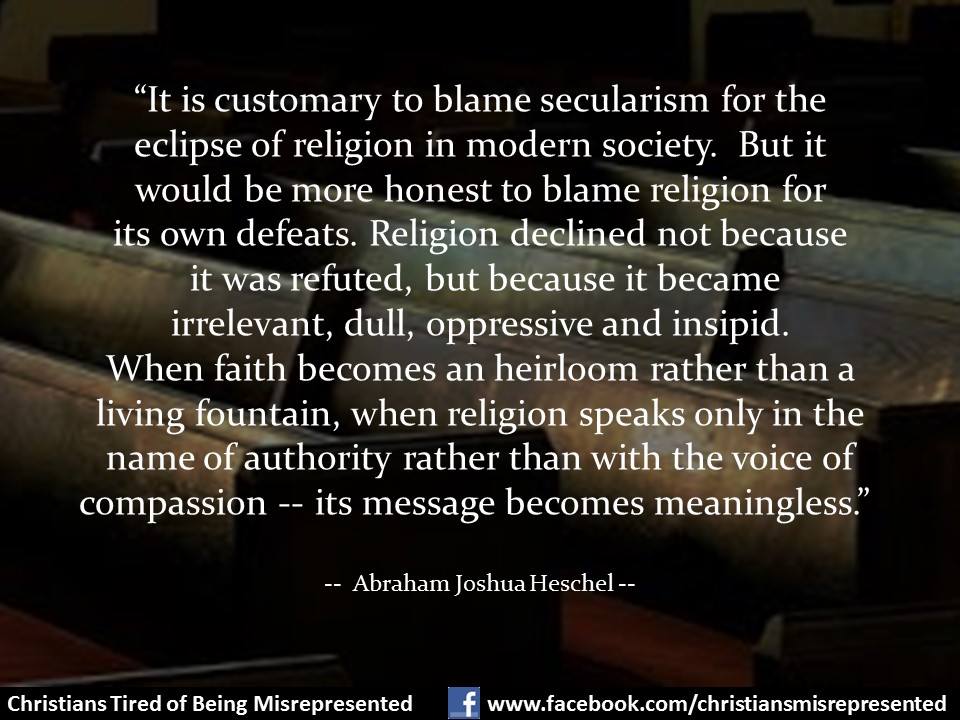 February 12, 2016
Revealing the Buried Treasures of the Temple Mount
Next Post

February 13, 2016 Jupiter Ascending
Recent Comments
0 | Leave a Comment
Browse Our Archives
get the latest from
Religion Prof: The Blog of James F. McGrath
Sign up for our newsletter
POPULAR AT PATHEOS Progressive Christian
1