Yesterday I had the chance to meet face to face with Tim “Spike” Davis, whose cartoons I’ve often shared on this blog as well as on other social media. I took the opportunity to get a photo together: 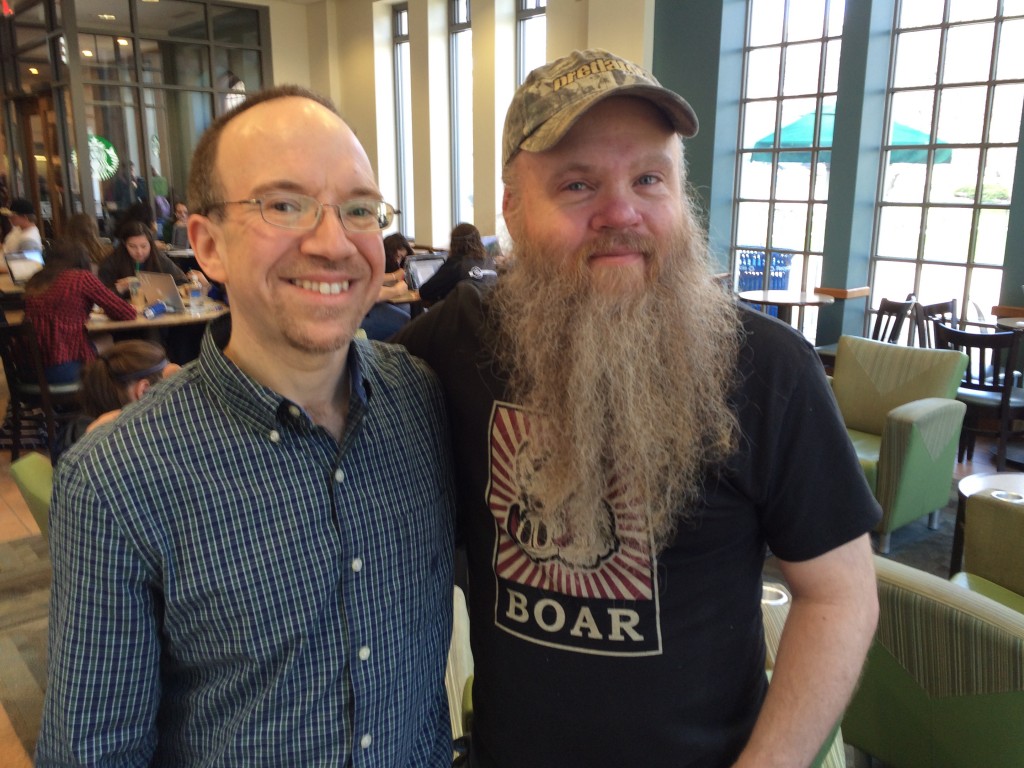 We chatted about all kinds of things, but one of them was about recognizing the importance of what is happening around us, and our tendency as human beings to be so caught up in things that we consider important, that we miss things that will seem much more significant in hindsight. That can apply to seizing opportunities to connect with people, as Tim and I did, but it also seems to be the message of his recent cartoon below: 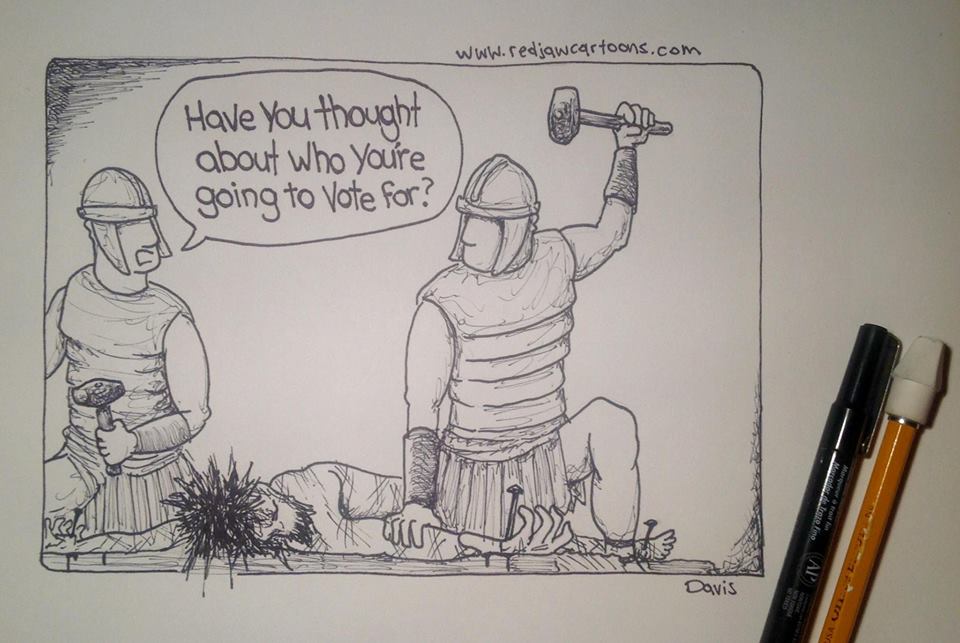 Two Roman soldiers, doing something ordinary for them, not recognizing that what they were doing would be a focus of discussion and even celebration two millennia later. Two Roman soldiers sayings words that are in our mouths in the present – but how much of those discussions about elections are about things that will make a genuine difference not just for four years but for longer?

Voting is important. Doing our jobs is important. But don’t miss the moment, the things that may have been pushed to the corner of your mind or your frame of vision, but which later you will wish you had paid more attention to.

March 21, 2016
The History of Afterlife in Sunday School
Next Post

March 23, 2016 The Real Test of our Faith
Recent Comments
0 | Leave a Comment
Browse Our Archives
get the latest from
Religion Prof: The Blog of James F. McGrath
Sign up for our newsletter
POPULAR AT PATHEOS Progressive Christian
1