Ten Prayers that Changed the World 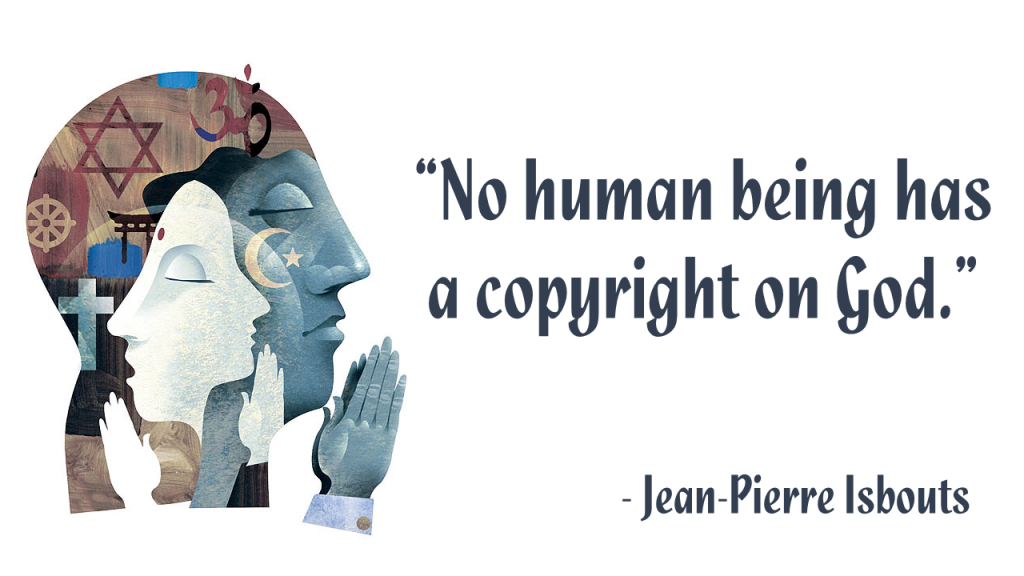 I am grateful to have the opportunity to participate in a blog tour about Jean-Pierre Isbouts’ latest book, Ten Prayers That Changed the World. The book takes the fascinating approach of choosing individuals, and key historical moments connected to or surrounding those individuals, which also gave rise to famous prayers. Isbouts approaches the subject as a historian, and he treats the claims of visions associated with people like Constantine or Joan of Arc with the appropriate skepticism, and where possible considers natural explanations. He is nonetheless sympathetic both to piety, and to the possibility that even through dreams and the explicable, people have genuinely come into contact with a divine reality. But his focus is the impact that people that are thought of as “inspired,” people who prayed in famous ways, have had on history.

The surveys covers a range of figures, most from the Christian tradition or connected with it, but a couple of others. The first half of each section offers a narrative telling of what might have happened – and the further the instances are from us in time, the more imagination needs to be used to achieve this, but Isbouts’ imagination is that of a trained historian, and so even when he is dealing with a figure like Abraham, the dramatized account that results is fascinating. The second half of each chapter switches gears from the storytelling mode, stepping back to talk about what we know and how we know it, and in some cases, how little we know. In more than one instance, Isbouts emphasizes that we know little precisely because ancient people had no way of documenting and fact-checking in the modern sense, and so they emphasized the power of narrative over concerns of factuality (p.38).

There are points at which one could quibble over details. The one major point was the statement (p.12) that it was only at the Enlightenment that thinkers questioned the idea that God was interested in life on Earth. It seems to me that ancient schools of thought such as Epicureanism proposed that kind of view already in antiquity. But his point remains valid, that widespread embrace of views like Deism have only come about relatively recently in history, and as a result, things like prayer and inspiration are central to how people throughout most of human history viewed the world. As a result, if we leave such things to one side in our historical study, we will be missing an important facet. To be sure, one can view the phenomenon of religion through the lens of sociology and history. But one can also view history through the lens of religion – not in the sense of giving it an insider’s theological interpretation, but in the sense of seeking to fully integrate things like religious piety and experience into our perception of events.

Some of the details that Isbouts comes up with as he seeks to offer a compelling narrative that includes the inner life and thought of devout religious figures are truly striking. While he acknowledges that the historicity of a figure like Abraham is uncertain, that does not prevent him from trying to make historical sense of the narrative, in ways that are not unlike what we find in Rabbinic midrash. Abraham desires to be able to offer himself in Isaac’s place. And he is determined that, if he can find no way to avoid doing what he believes he must do, then he will take his own life immediately after he takes Isaac’s. In Isbouts’ retelling, Abraham’s desire for a way out, his inability to bring his knife down on his son, can be seen as leading him to the conclusion that God is telling him to stop.

I won’t try to cover all the various prayers, but the sheer range of them is fascinating, and in telling stories such as that of Constantine and his men on the night before the battle at the Milvian Bridge, Isbouts really makes the individuals come alive. Indeed, while the whole book is fascinating, I enjoyed the earlier chapters the most. Perhaps it was precisely because the older individuals and events are less well-documented, Isbouts felt freer to imagine and to get engrossed in the act of storytelling – with excellent results.

I’m not sure what to make of the rendering of “Abba” as “Papa” on p.60. It isn’t suggesting that the word means “Daddy,” but “Papa” is not a term that I would normally use, and so it seems stilted to me, whereas abba in Aramaic meant “my father” and was almost certainly the most common vernacular way that one addressed one’s own father as an adult. But one thing I can say for sure, the recognition of Simon’s nickname as being “Rocky” is refreshing (p.58).

I’ve pointed out that Isbouts combines narrative imagination with due historical skepticism. And so I would be remiss if I didn’t point out that the chapter on the “Prayer of St. Francis” is not about Francis of Assisi, but is about the actual origin of the prayer in the early 20th century.

The book concludes with some religious reflections by the author, who suggests that the stories included in his book suggest that the divine may be real, and if so, the divine is surely not limited to any one religious tradition. He says things such as the following:

“Faith may be divinely inspired, but religion is most certainly the work of human minds. It is not God but human beings who create that torment our modern world as never before…No human being has a copyright on God” (p.226).

In this passionately-articulated epilogue, Isbouts suggests that defeating religious fundamentalism is best accomplished by recognizing “the moral superiority of religious pluralism” (p.227).

But even those who may not agree with this sentiment, whether because they reject all religions or because they are convinced of the absolute superiority of their own, the book will offer explorations of the historical impact of religious faith, religious people, religious beliefs, and their expression in the form of prayer, which any reader, regardless of religious background, ought to be able to enjoy reading. And whatever your perspective, the very act of joining a historian in the act of turning the facts and data we have -whether they be much or minimal – into a narrative account, will help you grasp both the power of stories, and the challenges involved in and rewards of historical reconstruction.

I hope that you will read the book, and will find the experience as meaningful as it was for me.