It’s Time to Think about whether Evolution Really Happened

I’m always surprised at how much rancor is directed toward “creationists”—those who deny that evolution, whether on the macro or micro level, is the best explanation for the diversity of life on our planet. I’m also surprised at how certain many biologists are that evolution occurred (Jerry Coyne, to give a prominent example).

Yet although I am the first to admit that I have no formal training in science, I think I’ve read enough to know that there is no credible evidence for the reality of evolution, and that arguments can be made that evolution is a purely mythological notion, derived from earlier ideologies, which gradually attained “facthood.” As a historian, I’ll say that I don’t regard the evidence that evolution occurred as particularly strong—certainly not strong enough to draw nearly all scientists to that view. It’s almost as if rejecting evolution brands you as an overly strident religious person, one lacking “respect” for science. There’s an onus against creationism that can’t be explained by the strength of evidence against that view.

I am pretty sure that, if the above had been posted on a blog anywhere, Jerry Coyne would be the first to recognize that it is nonsense. And yet Coyne himself has, sadly and ironically, written much the same thing as I posted above, yet about the historical Jesus. Click through to read it, and then please come back and help me understand how someone who is a champion of scholarship in one domain, can be a champion of fringe pseudoscholarship in another. 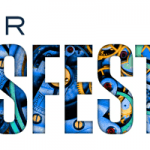