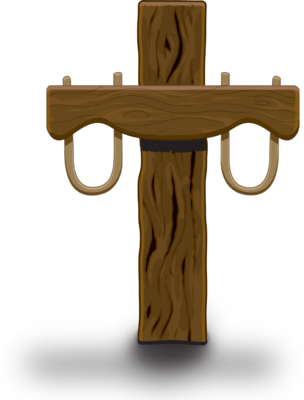 Historians should not entertain the possibility that Jesus predicted in advance exactly how he was going to die, foreseeing that it would be by crucifixion. And so too historians cannot view Jesus as having called his followers to take up their crosses behind him.

But there is a third option between accepting the Gospels’ depiction, and the alternative that all such material is simply invented from scratch after the fact, to make it seem that Jesus had predicted his death, and spoke of the way of Christian discipleship in reference to it.

According to Matthew 11:29, Jesus is supposed to have used the image of a yoke in reference to following him and practicing his teachings.

If Jesus did in fact say something of this sort, then it would have been natural for Christians after he was crucified to look back and see his reference to taking up a wooden beam across one’s shoulders and following him as a prediction of what would happen to him, and of what it would mean to follow him thereafter.

April 11, 2016 MYOverture
Recent Comments
11 Comments | Leave a Comment
Browse Our Archives
get the latest from
Religion Prof: The Blog of James F. McGrath
Sign up for our newsletter
POPULAR AT PATHEOS Progressive Christian
1