God and the Candidates

This primary has been fascinating, as someone who studies (among other things) the intersection of religion and the public sphere.

Several candidates confidently asserted that God told them to run for president. None of them are continuing their campaigns at this stage. And so we’ve seen clear evidence yet again that political conservatives will happily try to use God to garner votes. Is the fact that people didn’t vote for them evidence that voters are wising up to such pandering? Or will all this be forgotten in four years’ time?

We also have two of the least religious candidates in recent memory still in the running – Donald Trump and Bernie Sanders. I wonder whether Republicans who are religious will prefer to support the devout United Methodist Hilary Clinton, or will choose the at best extremely nominal Presbyterian Donald Trump, whose own denomination is opposed to his words and policies.

And all the while, many are suggesting quite plausibly that the Jewish socialist is the “most Christian” candidate in many respects.

Whatever happens, it’s a fascinating testament to changing views on religion, economics, and politics in the United States. 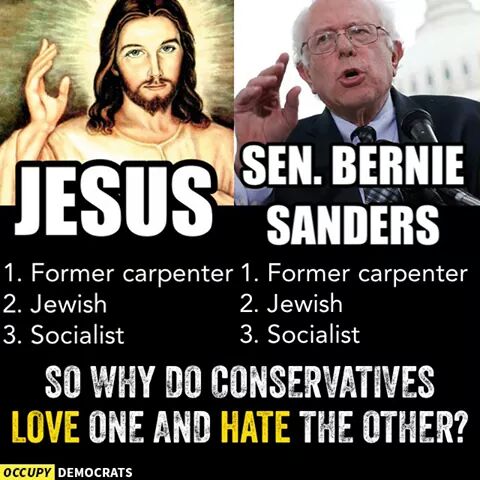