Mad Comparison of the Bible and Donald Trump 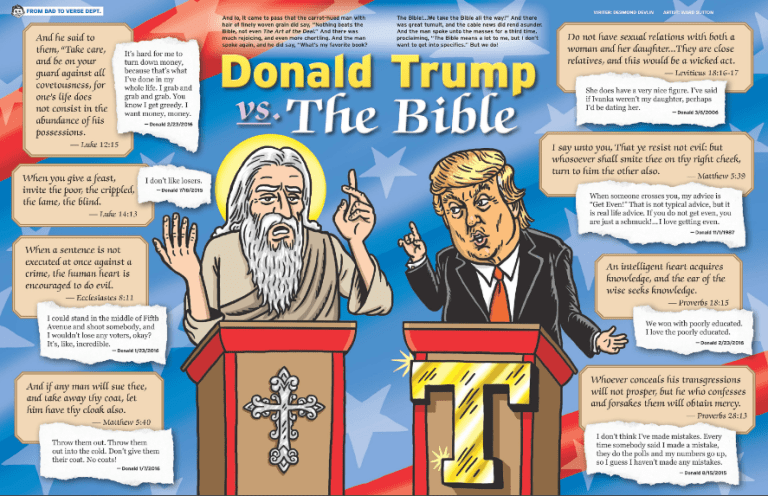 Hemant Mehta shared a link to a MAD Magazine special issue, which included a two-page feature comparing things that Donald Trump has said with things found in the Bible.

One could do this with any candidate, pretty much. But in the case of Trump it seems particularly appropriate because of the way that certain religious people have lent their support to him, in a way that seems quite bizarre given the disconnect between their claims about the importance of the Bible and its teachings to them on the one hand, and the disconnect between Trump’s statements and the Bible’s on the other.

Do you think the comparison in the image above is telling? Instructive? Useful? Amusing? Something else? 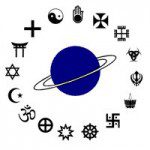 July 25, 2016
A Novel Approach to Religion and Science Fiction
Next Post 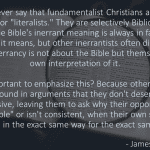 July 26, 2016 Fundamentalists aren't "Biblical"
Recent Comments
2 Comments | Leave a Comment
Browse Our Archives
get the latest from
Religion Prof: The Blog of James F. McGrath
Sign up for our newsletter
Books by This Author Books by James F. McGrath

RES Call for Papers: Sacred Spaces in Motion...
Our contemporary world witnesses contrasting approaches to sacred spaces. While in some...
view all Progressive Christian blogs
What Are Your Thoughts?leave a comment
Copyright 2008-2020, Patheos. All rights reserved.