Your Black Lives Matter To Me

I happen to live in a neighborhood where most of my neighbors have much darker skin than I do. I wish more of my city were like my street. Demographic maps based on census data show that my city’s neighborhoods, like most, tend not to be diverse. Even if it were not my friends and neighbors that we are talking about when unarmed black men are killed by police, I would not be able to stay silent. But I suspect a big issue is precisely that not only the “all lives matter” crowd, but even people like me saying “black lives matter,” are often making theoretical statements about other people, living in other neighborhoods.

There are no quick fixes or simple solutions for the structural evils that are woven into the fabric of my nation, my state, and my city. When you can drive around Indiana and see confederate flags flying, you know that there is a lot of work ahead of us. Our society has a racism problem and a gun problem, and the combination of the two is deadly – a fact that will only surprise people who have not been paying attention, or who have been living in denial. Of course, in a sense there are simple solutions to this problem as to many others: everyone, stop being racist; stop loving, using, and proliferating guns; stop ongoing segregation and discrimination; and change policies that are based on racism and seek to protect white privilege. What is challenging is not recognizing what needs to happen, but finding ways not merely to bring it about, but to get people who have internalized the hatred (of those whose skin is a different shade of pigmentation) and the love (of privilege, and of guns they hope will protect that privilege) to repent.

For some, the first scary step will be to make what should be an uncontroversial statement: “Black lives matter.” If you live in a sea of whiteness where the realities of life just blocks away can be ignored or blamed on the victims, it can be hard even to say something that you know will lead to arguments with family, and will lead you to be an object of hatred in your circle of friends.

But whatever it costs you, it will be less than what it costs black people to live in the society where you are too scared to stand with them. And so please, have the courage to force those conversations to take place. Because ending racism is not something that will magically occur in communities which are historic and perhaps ongoing causes of the problem. It involves people who share the privilege of whiteness having the courage to play a role in exposing the underlying causes of the situation in our own selves and communities.

The status quo can’t remain, and indeed is already collapsing. Our society only has two options, I think. One in which we see escalating violence as people view others as enemies or potential enemies. Or one in which we live side by side, know one another, and recognize that the taking of lives means the death of someone who is precious to others, even if I did not know them, and something that it is not merely enough to mourn after the fact, but which we must actively prevent. 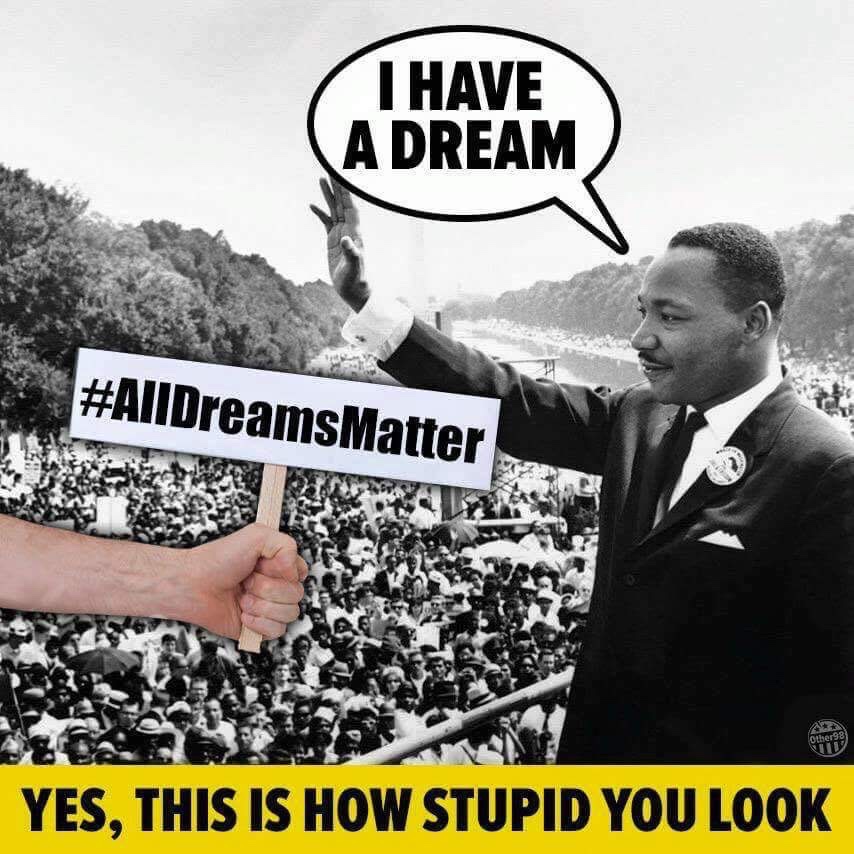 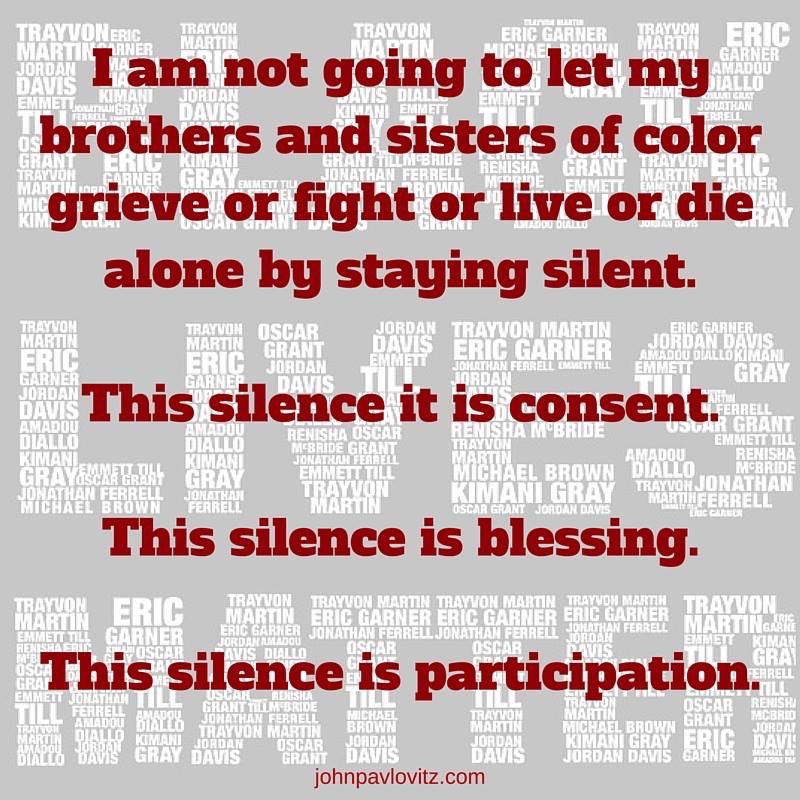 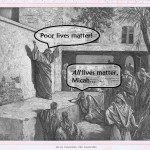 July 8, 2016 The Biblical Prophets vs. #AllLivesMatter
Recent Comments
0 | Leave a Comment
Browse Our Archives
get the latest updates from
Religion Prof: The Blog of James F. McGrath
and the Patheos
Progressive Christian
Channel
POPULAR AT PATHEOS Progressive Christian
1