Just as it was a privilege to read and review a book about Galilee while visiting Galilee and adjacent territories, so too it was a privilege to read Michael Stone’s book Ancient Judaism: New Visions and Views while traveling to and participating at a meeting of the Enoch Seminar, since ancient Judaism in general, and Enochic traditions in particular, were a focus in both.

Despite there being no mention of it in the title, the book’s introduction begins by focusing on the time of Christianity’s origins. To be fair, that is one of the biggest reasons why people in our time are interested in Judaism in this particular period. For non-Christians interested in Judaism, earlier and later periods are a much greater focus. And one of the puzzles that the book focuses attention on is the question of why it is that Jewish pseudepigrapha were preserved more frequently by Christians than by Jews. Be that as it may, the diverse interests of Jews, Christians, and others bring their own baggage, and often longstanding assumptions that need to be challenged by precisely the evidence this book focuses on: “new manuscript finds that imperiously demand that assumptions sanctified by two millennia of learning and tradition be questioned. New material evidence requires us to reassess things we thought we knew. This is, on the whole, a healthy requirement. When time-hallowed assumptions and ‘beliefs’ are set aside, the ‘old’ evidence speaks with a new and different voice and is heard with different ears” (pp.2-3).

The second chapter explores the appeals to Adam and Enoch as competing ways of account for the existence of evil in the world. Among the Dead Sea Scrolls, there are few works that focus on Adam, and many that focus on Enoch, suggesting a preference for the latter approach. Just as many today in particular church traditions may find it inconceivable that there were other viewpoints in Christianity than those that envisage a “Fall” and “original sin,” so too many are surprised to learn that in Judaism it was not at all universal to view Adam’s sin as the explanation for evil in the world.

Chapter three focuses on the origins and development of apocalyptic views of history, with their penchant for dividing history into epochs with particular characteristics. Chapter four starts with scholars’ embarrassment at the element of religious experience in apocalyptic literature, and the widespread but problematic assumption that the pseudepigraphic vision accounts do not reflect authors’ familiarity with the characteristics of actual mystical experiences of their own. In 4 Ezra, it is possible to understand the central character’s experience – and thus the logic of the book’s structure – in terms of psychology and what might be referred to as “worldview reorientation,” an experience akin to that of “conversion.”

Chapter 5 is particularly powerful (and follows nicely after the previous one) because it gives expression to how Stone’s own view has changed over the years, since writing about the subject of the Hebrew “canon” and the inapplicability of that term particularly when it comes to ancient Judaism. As Stone puts it succinctly on p.134, “The term ‘canon’ and all it implies should be set aside when considering Jewish attitudes before 70 C.E.” There was no central authority to define a canon, and no word that corresponded to “canon” was used by Jewish authors.

Chapter six explores the transmission of the Life of Adam and Eve and related texts, and the Esdras/Sedrach works, as examples of something other than either scribal transmission of the same text, or an author incorporating elements of an earlier work in a new composition. In fact, there were a range of possibilities for transmission, use, and reworking in between these extremes. Chapter seven looks at the fact that Jewish apocryphal and pseudepigraphal works were preserved by Christians but not by non-Christian Jews, and the history of Christian study of relevant languages and texts down the ages, and not just in present-day scholarship.

Stone’s book will or should be of interest to scholars of Judaism, who should engage with the history of transmission and preservation of Jewish literature outside as well as within Jewish circles; and to scholars of Christianity, who will almost certainly be aware of the importance of extracanonical Jewish literature, but may not know it in sufficient detail, nor realize the ongoing impact it had as more than mere background for Christian origins. To anyone interested in the New Testament, ancient Judaism, or concepts of “canon,” it is essential reading. I hope you read it, and find it as fascinating as I did! 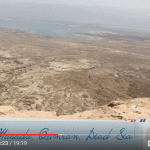 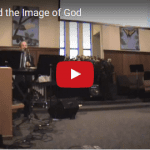 August 15, 2016 Idolatry and the Image of God
Recent Comments
0 | Leave a Comment
"What were humans doing in the world for approximately 190,000 years before Torah was compiled?"
Enlightened Tampering with the Words of the ..."
"Where in the bible did Jesus refer to someone as a troll? Are you a ..."
Enlightened Tampering with the Words of the ..."
"This passage struck me as important:- "this very lavish floor,” says the University of Nebraska ..."
John MacDonald The Writing on the Floor
"That at least the covered porticoes had tiles in ornate multicolored geometric patterns.Does that help? ..."
James F. McGrath The Writing on the Floor
Browse Our Archives
get the latest from
Religion Prof: The Blog of James F. McGrath
Sign up for our newsletter
POPULAR AT PATHEOS Progressive Christian
1