I constantly tell my students that the skills they learn in my classes are transferable, and so even if they are not especially interested in the subject matter, the things they learn to do are applicable to other areas of life.

As we near the end of this election season, I am struck by how true this is, particularly as pertains to two areas about which I teach: history, and information literacy.

Some will feel that if they type something into Google and there are results, which seem to confirm their suspicions, then they have done due diligence. But nothing could be further from the truth. Many, many websites (at points all across the political spectrum) are dedicated to creating and posting fake news in order to sway voters. By the time something comes across your Facebook or Twitter feed, it is almost certainly in lots of places around the web.

And so how does one effectively fact check information? A lot of the principles are the same across a range of areas, but I will draw on one in which I work often, namely history. There is a significant amount of history denial online, and longtime readers will know that Jesus mythicism is one such viewpoint that I’ve tried to address in a variety of ways and via a variety of venues.

I think there is a lot that one can learn by comparing this phenomenon with the current political scene. Obviously the situations are not precisely similar, since one has more hope of confirming or disconfirming claims about recent events than ancient ones. But let’s look at this nevertheless and see what happens.

Mythicists will regularly claim that scholars merely dismiss mythicism with hand-waving and appeals to the scholarly consensus. But the scholarly consensus is not something like “popular opinion.” It is the judgment of the combined expertise of those who spend their lives looking at the evidence relevant to the question.

One can compare this to the claims that you’ve surely seen on Facebook, that Hillary Clinton and/or Donald Trump “belongs in prison.”

In the United States, that is for a jury to decide, and those who simply decide that a candidate they dislike must be guilty of crimes merely because they have been accused of them is fundamentally betraying the American justice system, with its principle of “innocent until proven guilty.”

But we can understand why we find this dogmatism about Jesus, Clinton, and Trump, and I think the reason is ultimately the same at its root: people do not like uncertainty, especially about people that they admire or dislike, and so we resist the truth, which is that most of us simply have no way of knowing for certain whether Donald Trump groped a particular individual (to give but one example).

That doesn’t mean that investigators cannot get at the truth. My point is that, assuming this matter were to go to trial, most of us would nonetheless have to rely on the work and conclusions of investigators, the arguments of lawyers, and the decision of a jury. Some might well prefer to insist on Trump’s guilt or innocence despite any verdict, insisting that the whole investigation was rigged and/or that the jury was biased. We might well fail to acknowledge that it is every bit as possible that it is we who are biased and refuse to accept the conclusions of experts because we prefer a different view of the person under investigation.

We live in a time when information flows in abundance. But the need to be skeptical of rumors, and to acknowledge our uncertainty when we were not ourselves witnesses to events (and sometimes even when we were), is nothing new.

And so my advice to students, and to those pondering the votes they will cast tomorrow, is the same. First, if you cannot verify something, it is better to leave it out than to rely on it. Second, precisely because there is so much information online, you can look to see whether sources that are likely to be reliable agree in reporting something. They may still be wrong, but when those with expertise agree it is more likely that they are right, than that they are all wrong and you just happen to be. Third, ask about the bias of the sources that you are consulting. And before positing a conspiracy of all the media outlets to suppress the truth – except, of course, for the media outlets that pander to your biases – ask whether that scenario is more likely than that the sources you prefer are being less than completely honest with you. Recognize that, if the world’s media are so powerful and so diabolical as to suppress the truth, then that doesn’t mean that you alone will be part of a crusading handful that knows how things rather stand. Rather, it means that we are all in the dark. But that belief, that we are being kept in the dark, is precisely one of the ways that ideologues will work to make you afraid and frustrated so that they can manipulate you. If you cannot trust anyone, then like Fox Mulder, you may want to believe, but you simply won’t be able to know.

To put it more briefly: apply the CRAP Test, asking not only about individual sources, but looking for the consensus. Because despite what political ideologues, history denialists, and many others may try to tell you, when those who have dedicated their lives to pursuing truth and greater understanding agree about something, they can still be wrong, but that is likely to be the exception rather than the rule, and thus by dismissing most of what they say, the odds are that you are dismissing the truth.

Because in matters of history, criminal investigation, science, and many other areas, as much as some might like to emphasize the right of each person to “make up their own mind,” nonetheless it is not now and will never be the case that the broader public will be better poised to draw the right conclusions about matters of evidence than the professionals who do not merely investigate them, but also devote years of study to the use of the tools and the relevant procedures for drawing the best conclusions that we can. 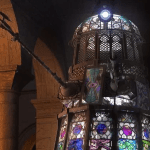 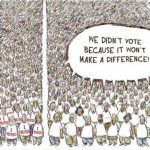 November 7, 2016 Make a Difference
Recent Comments
2 Comments | Leave a Comment
"I liked the new song. The music is contemporary enough that it could fit into ..."
Phil Ledgerwood Announcing P4: The Panentheist and Progressive ..."
"Indeed, there is a need for worship music that reflects a progressive religious perspective. I ..."
Keith Sanford Announcing P4: The Panentheist and Progressive ..."
"And wasn't this a conspiracy theory?https://www.cnn.com/2021/01..."
Nimblewill Evangelicals and the Big Lie
"I have heard this. So what if aliens aren't a conspiracy theory? Do you believe ..."
Nimblewill Evangelicals and the Big Lie
Browse Our Archives
get the latest from
Religion Prof: The Blog of James F. McGrath
Sign up for our newsletter
POPULAR AT PATHEOS Progressive Christian
1