There is a long history of uncritical support for Israel among American conservative Evangelicals. Somehow the fact that the prophets criticized ancient Israel for wrongdoing, and that the Bible depicts obedience to God as essential to possessing the land, is lost on them.

In a recent statement, Netanyahu said, “Israel is a country with national pride, and we don’t turn the other cheek.”

That is in response to the recent UN Security Council resolution about settlements in the occupied territories. But presumably no Christian, however Biblically illiterate, will miss that Netanyahu quotes Jesus and explicitly and uncategorically aligns himself against Jesus’ teaching.

When it comes to Israel, I want to be clear that there are more than two choices. I am not commenting on those Christians (and others) who support the right of Israel to exist as a nation, and to defend itself, while being critical of its policies towards large segments of its inhabitants both in Israel proper and in the occupied territories.

I am addressing the stark choice that faces those who think in strict binaries, who cannot be supportive and critical in a nuanced way. When it comes down to it, will you side with the one whom you claim is your Lord, and work to end the cycle of violence in the Middle East? Or will you align yourself with a politician and policies that expressly reject the teachings of the one you claim is your Lord? 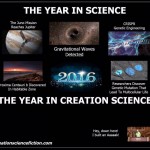