I was delighted to attend the screening of the new movie An American Conscience: The Reinhold Niebuhr story at Butler University this evening. The venue was packed! Daniel Meyer from the Center for Faith and Vacation introduced the event. Rev. Charles Allen from the Grace Unlimited campus ministry then spoke, talking about the values of that group and their connection with the emphases and activism of Niebuhr. Brent Hege then introduced filmmaker Martin Doblmeier who was present to introduce the film as well as to hold a Q&A afterwards. Doblmeier has produced more than 30 award-winning films, including Bonhoeffer, The Power of Forgiveness, and Chaplains. Doblmeier began by thanking people for coming out on a Monday evening to see a movie about a dead theologian. The film was embraced by PBS because it explores a decisive moment in American history through the eyes of a public theologian, rather than a politician, economist, or historian. The support of the Eli Lilly Endowment was also mentioned.

The movie begins by saying that he may be best known as the author of the serenity prayer. But his influence on Carter and Obama, on Martin Luther King and other civil rights leaders, represents a much more profound contribution. The introductory sequence ends with his statement that man’s inclination to justice makes democracy possible, while man’s inclination to injustice makes democracy necessary.

This is followed by film clips of black and white TV interviews of Niebuhr with Mike Wallace, and then the role of Niebuhr in helping the United States figure out how to become the leader of the free world. In the post-WWII context a number of big figures emerged as public theologians, of a sort that we do not have any more. Gary Dorrien spoke about a group called “Atheists for Niebuhr” who loved his thought even though they did not embrace the religious aspects thereof.

Niebuhr’s early refusal to toe the line, but instead challenging the idea that the U.S. is virtuous while Communism is evil, got him on the FBI watch list. But he eventually came to view Communism differently, as a force that must be actively opposed.

The movie then moves to his childhood, mentioning his father Gustav and his brother H. Richard Niebuhr. Reinhold attend Elmhurst, Eden Seminary, and then Yale Divinity School. From there, Reinhold took over his father’s church, and later Bethel Church, which sees extensive growth under his leadership. Although he tried to enlist in the army during WWI, he was rejected because of a heart murmur. After the war, he visited Europe and saw the terrible devastation. Seeing this leads him to say that he is done with the war business.

Power became a major preoccupation of his, as he saw and sought to expose the fact that Ford’s factories benefitted industrialists but not workers. In particular, black workers who moved north to work in the automotive industry and found themselves living in squalor troubled him, and he became an activist seeking to change this. Leaving Detroit to take up a position teaching in New York, at Union Thological Seminary, at the invitation of the president of the institution Henry Sloane Coffin, many objected because Niebuhr did not have a doctorate. But the shared vision for the social gospel overcame those reservations. Niebuhr joined the socialist party around this time. Dietrich Bonhoeffer came to New York around this time as well, finding America’s churches to be theologically superficial, with theology as the handmaiden of social ethics. In the depth of the Great Depression, and with Neibuhr’s advocacy, the faculty at Union agreed to take a pay cut in order to bring Paul Tillich there.  The story of how he met his wife Ursula, a British theologian, is also told.

Moral Man and Immoral Society brought him to the public stage. In the documentary, Cornel West talks about the Augustinan sense of sinfulness that stands in the way of the overly simplistic utopianism in the liberal Christianity of his time. The book also seemed like a betrayal to the strict pacifists who loved him, as he explained publicly what had changed his mind so that he concluded that violence might be justified in some circumstances. He had a public debate with his brother Helmut (Richard) about the American preparation for war in response to the Japanese invasion of Manchuria.

Seeing the form of Communism being imposed in parts of Europe, Niebuhr broke ranks with that movement as well. His Gifford Lectures were published under the title The Nature and Destiny of Man. Between his visits to Scotland to deliver them, WWII broke out. In the 1950s, he and Tillich propelled Union Theological Seminary to even greater prominence. His Serenity Prayer evolved over time, but his daughter Elizabeth Sifton emphasized his connection to it, and yet also his refusal to attempt to copyright it, as something one simply does not do with a prayer.

A stroke set him back, but not for long, and he soon collaborated with Eleanor Roosevelt, Abraham Heschel, and others, getting involved in Americans for Democratic Action. The civil rights movement brought renewed attention to his 1932 book, Moral Man amd Immoral Society, which influenced Martin Luther King, mediating Gandhi’s approach to non-violent social change to him. Yet by this stage, influenced by Burke, but also impacted by ill health, Niebuhr took a slow approach to social change, rather than offering the kind of direct support for King and others that might have been expected. But Heschel and Niebuhr continued to be an influence on King through their writings.

The Vietnam War was the first war to be televised, and seeing what was happening sickened him. Despite his outspokenness about this, and being on the FBI watch list, President Johnson awarded Niebuhr the Presidential Medal of Freedom, although he was too ill to accept in person. In the 1960s Niebuhr retired from Union, and fell into depression. He later team taught a course with his wife Ursula at Barnard College, where she was a professor, and this helped him immensely. Niebuhr died June 1st, 1971. Rabbi Heschel delivered the eulogy at his home church in Massachusetts.

Niebuhr mever earned a doctorate, but he received many honorary ones. Although he is not a household name, his influence continues to be felt. As the credits roll at the end of the documentary, Niebuhr’s words are heard. This is an incredibly powerful movie, bringing an important figure who is famous among theologians to the attention of a broader audience.

At the start of the Q&A, Doblmeier highlighted the people who suggested making the movie to him, one of whom was in attendance this evening: Jeremy Sabella, who has written the book that is a companion to the movie. One of the questions asked was about Niebuhr’s successors, and Desmond Tutu amd Elie Wiesel were suggested, with the added observation that there isn’t the same obvious figure to point to now – although intriguingly Doblmeier suggested that they are probably in the process of emerging now. James Cone, now at Union, had been endorsed by Niebuhr, although Cone criticized Niebuhr for failing to fully relate to the experience of blacks in the United States. But this criticism reflected Cone’s great esteem for Niebuhr, and hence his disappointment. Another man who was in the audience was the son of Niebuhr’s successor as pastor in his church. There was also discussion of the friendship of Niebuhr and Bonhoeffer, and the likelihood that our present context will give greater prominence to certain theological voices, although we do not have a unified mainstream media to the same extent as there was in the middle of the 20th century.  Doblmeier also mentioned the decline of religious literacy, and the fact that terms like sin are simply not going to be featured in the media today in the same way. Perhaps in our context today, having a 600-page FBI file will once again become a testament to a theologian’s importance…

This was a wonderful event, and hope that everyone reading this will make a point of seeing the movie, whether on PBS on TV, or on DVD. And of course, this should in turn lead to more people reading Niebuhr’s own books as well, many of which remain incredibly timely. 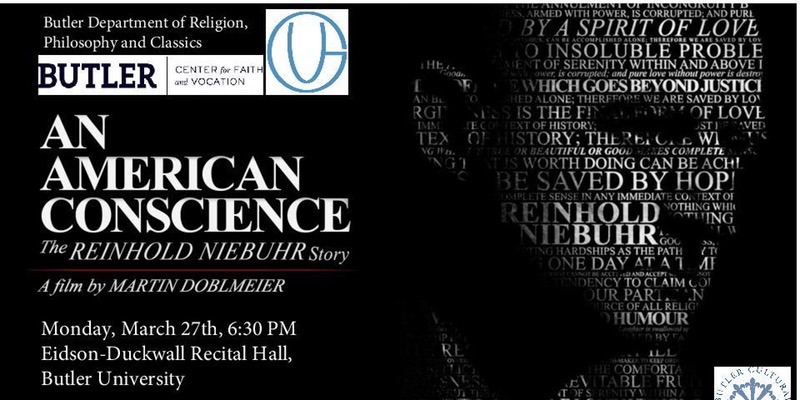 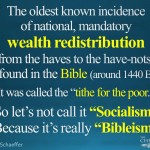 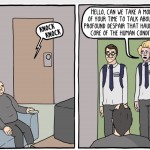 The Weight of Truth
I remember when I officially cut ties with evangelicalism. It was a...
view all Progressive Christian blogs
What Are Your Thoughts?leave a comment
Copyright 2008-2021, Patheos. All rights reserved.
error: Content is protected !!