Jesus’ Personality and His Father’s Business

Last Sunday in my Sunday school class we started off with the question of whether Jesus was ever a student.

We got there by way of a discussion the previous week about whether Jesus had been John’s disciple.

This time we turned to Luke, which depicts Jesus as staying behind in Jerusalem in the temple to learn. While some movies depict him as teaching there, the Gospel of Luke says he asked questions and answered questions, as we would expect a student to do. And just to make the matter perfectly clear, Luke says that Jesus continued to grow in wisdom – i.e. he went on learning.

While it might be going too far (OK, it would definitely be going too far) to render it “my Father’s university,” would it not be justified to understand from the context that Jesus’ Father’s “business” was learning?

We ended the Sunday school class with a question about why we never talk about Jesus’ personality.

I think I know what I want my book after next to focus on. And I may need to incorporate this bit of humor that was shared by a friend on Facebook:

Q. What does that phrase “INRI” above Jesus’ head on the crucifix mean?

How would you characterize Jesus’ personality, based on the things that he said which you consider authentic?

These discussions are obviously directly connected with – and a good way to get a discussion going about – the larger questions of Christology and how people view Jesus. And so let me conclude with a link to a podcast by Dale Tuggy about Photinus of Sirmium, an ancient church leader who took Jesus’ humanity and monotheism very seriously, and also a cartoon from David Hayward: 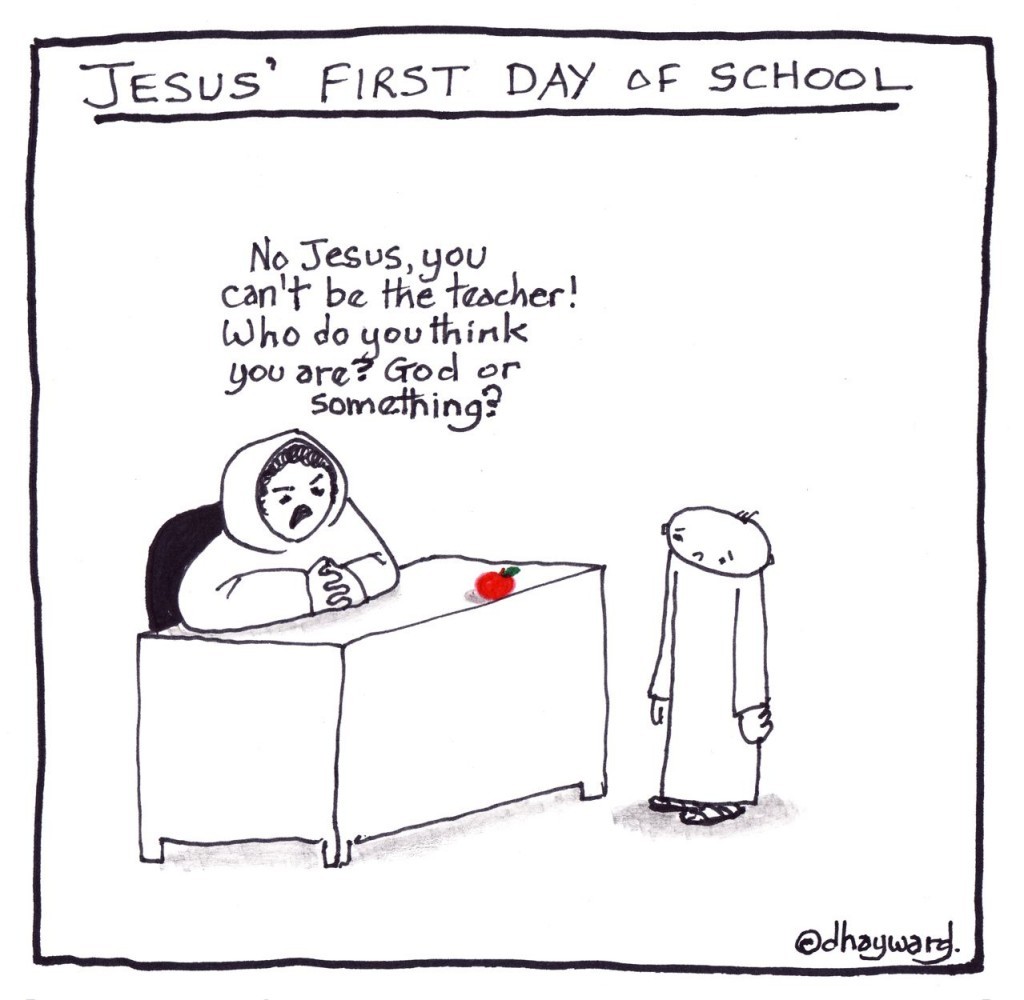 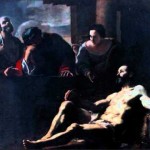 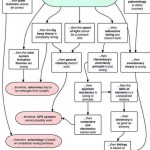