Mr. g at Butler U

Play by Wesley Sacik, adapted from the novel by Alan Lightman
A Dramatic Reading directed by Janet Allen

“In the beginning,” the book of Genesis tells us, “God created the heaven and the earth.” Genesis describes the six-day process, but like humankind’s other creation stories, it overlooks crucial details.  MIT professor Alan Lightman remedied that omission in his 2012 novel Mr. g and Suffolk University professor Wesley Savick adapted the book for theater. It’s a lighthearted but sobering romp.

Lightman is the first person ever to receive a dual appointment from MIT in the sciences and the humanities. As a theoretical physicist, he’s well qualified to describe Mr. g’s creation of time and space, and then, after one from thousands of universes has been chosen, the making of billions of galaxies and trillions of stars.

Lightman also creates captivating characters who fashion and discuss the nature of creation from out of the formless Void.  From Mr. g to Aunt Penelope who holds the universe in her lap, and Uncle Deva who is concerned that our universe has a soul, to the dark uninvited visitor Belhor, the play is a captivating dance of creation and its meaning.

The performance is presented in collaboration with the Butler/Christian Theological Seminary Religion, Spirituality, and the Arts seminar and Indiana Humanities. 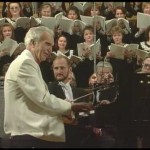 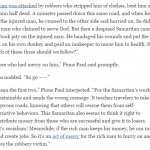