Harder Than I Thought 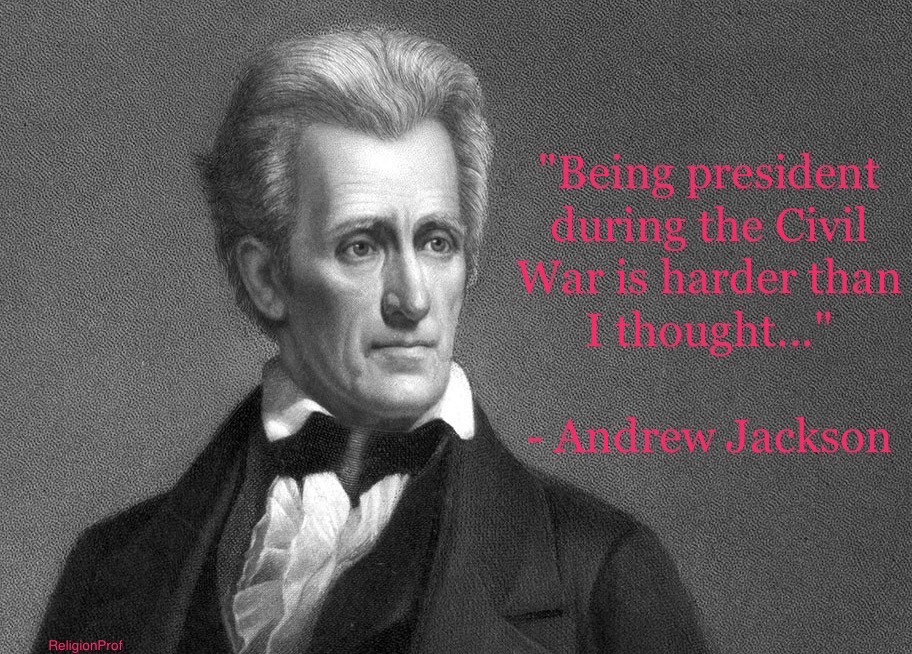 This morning the two recent statements by president Donald Trump coalesced in my mind into a single meme. I hope it manages to make its point well. If you like it, please share it!

If you are from outside the United States and I need to explain the background to the joke, here it is. On the one hand, Donald Trump recently said that being president is harder than he thought it would be. On the other hand, he said that if Andrew Jackson had been president at the appropriate time he would have prevented the Civil War. And so you can hopefully see why I thought the combination of the two in this manner highlights the irony…

“Being president during the Civil War is harder than I thought.” 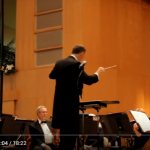 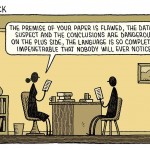 May 3, 2017 On the Plus Side
Recent Comments
2 Comments | Leave a Comment
Browse Our Archives
get the latest from
Religion Prof: The Blog of James F. McGrath
Sign up for our newsletter
Books by This Author Books by James F. McGrath