“It’ll be okay mom,” I lied, trying to comfort my distraught mother. She had just heard the news that her nephew, my cousin, was captured by the Syrian Government and her sister hadn’t heard any news of him for days. This was not the first time my family had heard bad news rom Syria, but this time, it hit close to home. A few years prior to my birth, my parents immigrated to the United States to escape the economic instability and corruption in Syria. As a first-generation American with Syrian-born parents, the current situation in Syria, which has been classified as “the biggest humanitarian crisis of our era” by the United Nations, affects me deeply. However, prior to college, I lacked the resources, knowledge, and power to do anything very meaningful to help the troubled Syrian people. The people my parents were raised with. Furthermore, my upbringing and the ongoing situation in Syria slowed my understanding of other cultures or areas of study that didn’t pertain to my family or friends. My parents, who had to escape their home country to secure a better future for their children, focused heavily on teaching my siblings and I the language, culture, and customs of the Syrian people. Moreover, I attended a private school for most of my life with people of the same religion and a similar culture. As a result, I lacked a strong connection to cultures and ideas different than my own, and thus, I was not able to effectively gauge the attention of other individuals in regards to the atrocities in Syria. 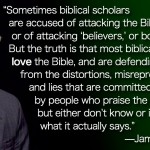 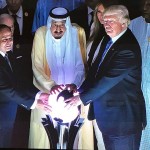 May 22, 2017 Caption Needed
Recent Comments
3 Comments | Leave a Comment
Browse Our Archives
get the latest from
Religion Prof: The Blog of James F. McGrath
Sign up for our newsletter
POPULAR AT PATHEOS Progressive Christian
1