The Poor You Will Always Have With You

Keeping in mind these emphases of Deuter­onomy, we can grasp the liberative dimension of Jesus’ words in Matthew 26:11, “you always have the poor with you.” After an unnamed prophetess anoints him to be ruler of God’s kingdom, Jesus responds by quoting to his disciples from Deuter­on­omy 15:11, which is embedded in one of the most radical Sabbath and Jubilee prescriptions in the Bible. Deuter­onomy 15 says that there will be no poor person among you if you follow the commandments of God: to forgive debts, release slaves, and lend money even when you know you won’t get paid back. But Deuteronomy 15 also says that because people will not follow those commandments, there will always be poor among you.

When Jesus quotes this phrase, he isn’t condoning poverty. He is reminding us of Deuteronomy’s message: that God hates poverty and has commanded us to end poverty by forgiving debts, by outlawing slavery, and by restructuring society around the needs of the poor.

Therefore, Jesus’ words are a critique of empire, charity, and inequality. Rather than stating that poverty is unavoidable and predetermined by God, he says that poverty is created by human beings—by their disobedience to God and neglect of their neighbor. Matthew 26:11 does two things: it refers to people’s failure to follow God’s law and commandments, and it instructs us on how to establish a reign of prosperity and dignity for all. In God’s kingdom, there will be no poor because poverty (and perhaps wealth?) will not exist. 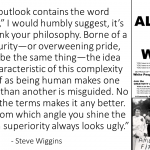 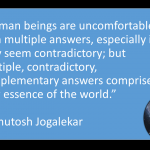