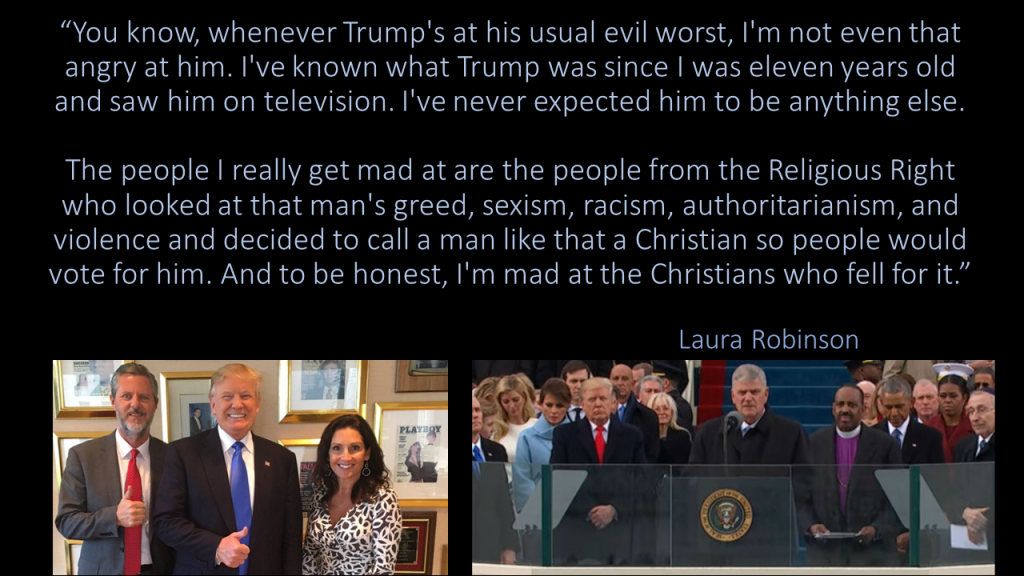 You know, whenever Trump’s at his usual evil worst, I’m not even that angry at him. I’ve known what Trump was since I was eleven years old and saw him on television. I’ve never expected him to be anything else.

The people I really get mad at are the people from the Religious Right who looked at that man’s greed, sexism, racism, authoritarianism, and violence and decided to call a man like that a Christian so people would vote for him. And to be honest, I’m mad at the Christians who fell for it.

I’m writing this really sincerely to the people of my parents’ generation who are members of the churches I grew up in. If you want the next generation of Americans to be Christians, there is only one way to do it: stop excusing evil. All the apologetics and outreach in the world will not make people join a church that refuses to name evil for what it is in the interest of political expediency. Stop caring about anything else until we get this right. 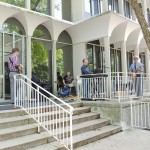 Trump is an anti-Christ fool: Don't Get Distracted
President Trump’s pointless political posturing with a Bible in front of a...
view all Progressive Christian blogs
What Are Your Thoughts?leave a comment
Copyright 2008-2020, Patheos. All rights reserved.