You may have already seen the news that DNA analysis of Canaanite skeletons in the region of ancient Sidon in what is today Lebanon shows their close genetic relationship to the current inhabitants of that country.

Let me start by pointing out that some of the headlines that I have seen circulating about this are simply wrong, and doubly so. First of all, the Bible is very clear (in places) that the Canaanites were never completely wiped out from Israel. But second and more importantly, historians have always been aware that the Phoenicians were a Canaanite people, and so the discovery that their descendants are to be found in the regions they historically inhabited should not be a surprise either. Indeed, I had been under the impression that Yossi Nagar had done related work many years ago, although it has been published entirely in modern Hebrew and thus neglected in the English-speaking world. In fact, his research provides evidence of what some historians had concluded based on texts, linguistics, and material remains, namely that the earliest proto-Israelites were themselves Canaanites. As he said in a documentary, the Canaanites and the Israelites are the same and yet different. The difference is one of ideology, while the sameness is one of biology.

See Jonathan Bernier’s blog post as well as the articles in the New York Times, New Scientist, Science, National Geographic, Science News, ABC (no not that one, the other one), Archaeology News Network, and Archaeology for more on this, and the Independent and Friendly Atheist for illustrating particularly well the kind of reporting that I am criticizing. Even in the National Geographic article, Kristin Romey starts with an oversimplification, but then goes on to write:

Despite massive cultural and political upheaval in the eastern Mediterranean at the end of the Bronze Age in the 12th century B.C., Canaanite presence persisted in the region, most notably in powerful port cities along the coast, where they were known to the Greeks as Phoenicians.

No archaeological evidence for the widespread destruction of Canaanite settlements described in the Bible has yet been identified, and many scholars believe that the Israelites, who appear around the beginning of the Iron Age, may have originally been Canaanites.

There have been other interesting articles in the news related to archaeology and the Bible. One article in the Times of Israel suggests that the Magdala Stone, now considered in conjunction with other evidence, may indicate that priests who fled Jerusalem after its destruction by the Romans kept practicing priestly rituals in Galilee. And Bill Caraher shared his introduction to a forthcoming Handbook of Early Christian Archaeology in pdf form.

On a note vaguely related to the topic that we started on, let me mention that I recently ordered a copy of a vintage game which is a variation on the popular Settlers of Catan, called Settlers of Canaan. I always want to pronounce the “Canaan” in the title differently so that the pun is audible and not just visible. Have you played this biblically-themed version of the Catan game? 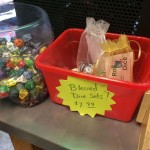 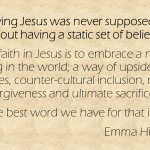