Heroes of the Bible

I recently learned of the existence of a “Heroes of the Bible” expansion for the game Mare Nostrum: Empires by Academy Games. There is more information on the Academy Games website, as well as Board Game Geek.

Have any of you played this game, whether the Bible form or any other? The inclusion of Bible characters seems interesting but also odd, when I look at what the Bible characters’s characteristics are within the game. The website includes the following information:

I get the concept for some of them – David vs. Goliath and being at a disadvantage, and Jesus causing an economic disturbance in the temple. But even the application of those seems quite generic – as though David would always have an advantage when at a disadvantage, or Jesus would go around overturning tables in any temple he happened across. Joshua having an advantage against a fortress I also understand. The others are more puzzling. None of these seem like what might be considered “supernatural” or “miraculous” advantages, as one can see by comparing them with other heroes such as Brutus or Xerxes. It could be historically very interesting to play the role of Jesus or John the Baptist as political figures hoping to ultimately be installed into political power, and to see what happens. But then I’d want them playing against Pontius Pilate, Herod, and/or Caesar, rather than Spartacus – or the Kraken, for that matter.

So let me ask again – have any of you played this game, and if so, what do you have to say about it?

The Bible Wars: Israel-Philistines, Bible Wars: Egypt-Canaan, and Bible Wars: Babylon-Assyria games available through The Game Crafter (not made by me) also look interesting. There is also apparently a board game version.

At some point I hope to get hold of a copy of Settlers of Canaan (yes, it is a version of Settlers of Catan set in Canaan). There are also a number of homemade free games on the Warp Spawn Games website that will be of interest to those who teach Biblical studies and/or ancient history. These include Men of Sumer, Farmers of Ur, Kings of the Hittites, Qadesh, Conquest of Canaan, and Jerusalem 70 AD.

Finally, let me thank Stephen Garner for making me aware of the online journal Gamevironments. It includes, among other things, an article about baptism in Bioshock. See their call for papers for a special issue on Jewish games and gaming. 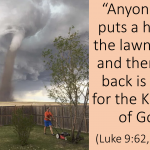 July 13, 2017 Lawnmower Man and the Bible
Recent Comments
3 Comments | Leave a Comment
"They are done by non-religious or post-religious people in societies that have had a strong ..."
James F. McGrath Gamified Grading in a Pandemic Crisis
"All that could have been, and is, done by people not affiliated with any religion. ..."
Nixon is Lord Gamified Grading in a Pandemic Crisis
"You don’t seem to understand the core issues, and don’t seem to grasp the basics ..."
James F. McGrath Philippians 2 and the Historical Jesus
"Ok thanks for your opinion and thanks for.not answering the question, now I guess that ..."
Vladimir Romanov Philippians 2 and the Historical Jesus
Browse Our Archives
Follow Us!