The Testimonia Flaviana at the Midwest SBL

I made it to just a tiny bit of the Midwest Society of Biblical Literature conference this year in February. I was scheduled to participate in a panel review of Urban von Wahlde’s book, Gnosticism, Docetism, and the Judaisms of the First Century, my contribution to which I shared here on the day I also shared it at the conference. However, since I wasn’t going to be there for the entire conference, I didn’t look closely at the schedule. And so I almost missed an opportunity to hear Richard Carrier speak. What he had to say wasn’t at all engaging – you can read his views on his blog, and they amount to him saying that you can’t cite work done before 2014, because things have been written which he selectively agrees with that challenge some of those earlier conclusions. You can read his thoughts on his blog.

However, in the same session, there was a really excellent paper by Mike Zeddies, exploring the possibility that the Slavonic version of Josephus, with its extended Testimonium Flavianum and other related material, might incorporate a lost early Christian pseudo-Josephan or Hegesippan work.

The placement of the two side by side illustrated well a number of points. One is that there is most certainly room for amateur and independent scholars at conferences and in other aspects of academic discussion and endeavors. Another is to highlight that the mythicist approach is negative and obscurantist. Carrier largely insisted on not doing certain things, while Zeddies offered a positive hypothesis the potential promise of which was easily recognizable, even exciting.

And so I mention this because I do want to encourage independent scholars – even including mythicists – to participate in scholarly conversations. Just recognize when you are failing to make a case for anything positive, but merely insisting that others are wrong while not offering something better that can be put in the place of what they currently think.

Here are a few other things of interest from other blogs which are related to this post:

The Ancient Jewish Historian Josephus on John the Baptizer, Jesus, and James

Words, Words, Words: A response to Richard Carrier on Feldman and Eusebius

See also Ken Schenck’s post with what he shared there about his views on Hebrews. 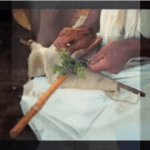 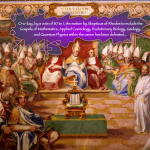 July 20, 2017 The Canon's Blurry Edges
Recent Comments
3 Comments | Leave a Comment
Browse Our Archives
get the latest from
Religion Prof: The Blog of James F. McGrath
Sign up for our newsletter
POPULAR AT PATHEOS Progressive Christian
1